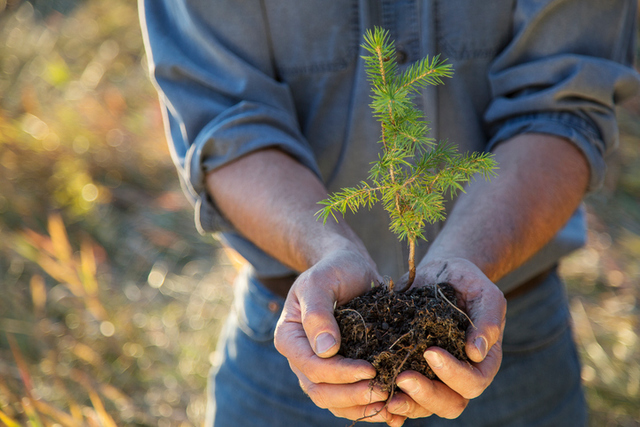 Why Your Testimony Doesn't (and Shouldn't) Sound Like Everyone Else's

Testimonies of the gospel are as diverse as the people who hold them. Everyone experiences the conversion process differently, and everyone has different experiences that build their testimonies.

In his book Planted, Patrick Q. Mason provides insights as to how people build, live, and experience their testimonies in different ways.

He also discusses the critical factor of doubt and how it can be used to help testimonies grow rather than diminish.

Read the following excerpt from Planted to learn more.

As we go about living our lives in the Church and in the world, we discover fairly early on that belief isn’t a one-size-fits-all proposition. People believe in different things, but they also believe in different ways. The Book of Mormon illustrates some of these diverse ways of believing, particularly as we consider the differences between some of the book’s major faith heroes. Here I’ll reflect briefly on the experiences of Nephi and the father-son duo of Alma the Elder and Younger.

Just about anyone who has ever picked up the Book of Mormon has read the first verse in which Nephi tells us that he was “born of goodly parents” (1 Nephi 1:1). Though the youngest of Lehi’s four sons at the beginning of the story, Nephi is the most faithful. Prior to acting on the Lord’s commandments, Nephi believed what the Lord said through his father, the prophet. Nephi later admits struggling with sin, as we all do. Yet he seemingly never struggled with doubt. Interestingly, there is no record of what we might call a momentous religious conversion for Nephi. From his very first breath he was cradled in the pervasive religiosity of his family and his culture, and he obviously delighted in it. Nephi seemingly came out of the womb a believer. He desired to see his father’s visions for himself because he completely trusted they were real, not out of a skeptical “I’ll believe it when I see it” attitude. It’s no wonder, then, that his prophetic writings focus on obeying God’s commandments, making and keeping covenants, and enduring to the end, no matter the cost. For Nephi, the struggle was never whether to believe but rather how one should behave based on religious truths that were plain as day. In other words, faith is not nearly as important a concept for Nephi as is faithfulness. Like Isaiah (whom he quotes liberally), Nephi focuses not so much on conversion as he does on covenant.

Compare that to what we learn from the Almas. Both Alma the Elder and Younger come to God as adults, after they preached a false gospel or preached against the gospel in their younger years. For each of them, belief came not simply by virtue of being born and nurtured in the covenant. Rather, in both cases, conversion came about as a profound change of heart: in the father’s case, a softening of the heart; in the son’s case, more like God ripping out his heart and replacing it with an entirely new one. The metaphor for Alma the Elder’s conversion is being “awakened . . . out of a deep sleep” (Alma 5:7), while the image for Alma the Younger’s conversion is being “racked with eternal torment” until the mercy of Jesus filled his soul with exquisite joy (Alma 36:12).

Like Nephi, the experiences of both Almas conditioned their theology, or their beliefs about God. If Nephi’s writings focused on covenants, Alma the Younger’s preaching fixated on conversion: “And now behold, I ask of you, my brethren of the church, have ye spiritually been born of God? Have ye received his image in your countenances? Have ye experienced this mighty change in your hearts?” (Alma 5:14). Recall that Alma was preaching to the members of the church. Being a member of the right club wasn’t going to be good enough.6 Indeed, it is in Alma’s writings that we first see converted Lamanites. The message is that it doesn’t matter who your parents are, what neighborhood you grew up in, or what your passport says. What really matters is “if ye have experienced a change of heart, and if ye have felt to sing the song of redeeming love,” and if “your garments have been cleansed and made white through the blood of Christ, who will come to redeem his people from their sins” (Alma 5:26–27). If Nephi with his covenant theology is the Isaiah of the Book of Mormon, then Alma with his conversionist theology is the Book of Mormon’s Paul.

Taken together, these portraits of faith from the Book of Mormon suggest that each one of God’s children has a different pattern of testimony. There is no cookie-cutter version of belief, even for those within the church. Some people are like Nephi, held by the faith from their birth. Other people are like the Almas, for whom religion didn’t take hold until a dramatic adult conversion experience. Just as King Benjamin didn’t have time to number all the diverse ways and means of sin (Mosiah 4:29), the Book of Mormon doesn’t number all the different types of belief. The patterns proliferate, with each faith journey as unique as the person experiencing it. It is therefore important to give place for others’ blossoms just as we give place to the seed of faith planted in our own hearts (Alma 32:28).

The Reality of Doubt

In this modern world, we no longer live in a sacred cosmos where belief is a given. Some are persuaded by the philosophy espoused by Korihor, who taught that God is “a being who never has been seen or known, who never was nor ever will be,” that religion is “the effect of a frenzied mind,” and that “when a man was dead, that was the end” (Alma 30:16–17, 28). Others are spiritually lost, whether “blinded” or “kept from the truth because they know not where to find it” (D&C 123:12). Some people confess they don’t know where they stand on matters of belief. They are like the “numberless concourses of people” in Lehi’s dream who wander as if in mist, without a firm sense of location or direction (1 Nephi 8:21–23). This does not necessarily constitute for them a rejection of spiritual things. It is merely where they find themselves in the spiritual maelstrom of modern life, and it generally says far more about the circumstances of their birth or their life experiences than it does about the quality of their soul.

Not everyone is a Nephi or an Alma, but that doesn’t mean that they are a Korihor or a lost soul either. For some people, the best and perhaps only way that they can describe their relationship to spiritual things is through the language of sincere doubt. We often fear doubt and keep it at arm’s length. In many cases this is appropriate—for instance, a marriage can be unnecessarily poisoned by persistent doubts about a spouse’s fidelity, even when there is no evidence to warrant such suspicions. Unmet doubt can be corrosive to both human and spiritual relationships; for this reason, the Lord counseled the early church to “doubt not, fear not” (D&C 6:36). While we do not want to encourage unnecessary doubt—doubt for doubt’s sake—we also want to avoid the opposite reaction: denying or even demonizing its existence, not just among “unbelievers” but even among Latter-day Saints. The fact that one person does not experience serious doubts need not invalidate the fact that someone else does. In the event that doubts generate fear or even sorrow, we can exercise our discipleship by “mourn[ing] with those that mourn” (Mosiah 18:9).7 So the question is not whether doubt exists in a secular age, but whether we can deal with it constructively. Doubt need not be a badge of honor nor a mark of shame. We have to ask ourselves if we really believe that God can make “all things”—including our doubts—“work together for good” (Romans 8:28). Substantial spiritual doubt will not and need not be experienced by everyone; it is not a necessary stop on the personal path to God. But its presence among us actually does important things for us, both as individuals and as a church community. Doubt dislocates us from our comfortable places. It asks hard questions of us and forces us to deal with hard issues. It refuses to let us get spiritually sluggish with the lazy assumption that “All is well in Zion” (2 Nephi 28:21).

As a church and a people we have not always dealt in the most productive ways with the doubts and questions in our midst. Because we have been blessed with an outpouring of truth from the spirit of revelation, we often speak in terms of what we know. We typically frame our public testimonies that way. It is a beautiful thing for us as individuals and as a people to be so confident in the knowledge that God has blessed us with. Yet sometimes in our “I know” culture, we haven’t always been as generous or understanding toward those who can’t honestly use those words. We sometimes treat doubt as a character flaw rather than simply a part of many people’s struggle to live with belief in a secular age. Even in the nineteenth century, Joseph Smith recognized his miraculous experiences would be difficult for some people to accept. “I don’t blame any one for not believing my history,” he told a congregation in Nauvoo shortly before his death. “If I had not experienced what I have, I would not have believed it myself.” Like the Prophet, we can eschew blame and instead seek understanding. Recently I had a conversation with a man who, with tears in his eyes, told me about how he had been rejected by his own family when he expressed questions about his faith. Their shunning of him, sadly, did not work to increase his desire to believe; quite the opposite happened.

For many, the struggle with doubt is the very definition of their journey of belief. One writer said of our modern predicament, “Even as faith endures in our secular age, believing doesn’t come easy. Faith is fraught. . . . We don’t believe instead of doubting; we believe while doubting. We’re all Thomas now.” I offer my own brief meditation on Thomas’s example in the book’s interlude, but here the basic point is that for all of us in the modern world, including the most faithful, belief exists in a context of pervasive doubt. In a secular age, faith and doubt are constant traveling companions. Even if belief is preeminent in your own heart and mind, the fact remains that uncertainty, puzzlement, and doubt constitute the primary spiritual condition for many others.

My own experience is that while some people choose belief from a range of possible options, and other people choose skepticism from the same menu, there are many people for whom faith or doubt appear more as an unearned inheritance than a personal choice. To be sure, as moral agents we decide what to do with the various givens in our life—but we don’t get to choose our givens. Although controversial, some scientists have even identified a genetic component to faith, which if true means that doubt is also at least partly found in the cards we are dealt at birth. Some people who crave spiritual experience are left wanting; other people can’t seem to shake God and religion even when they try. We have to consider, then, what it means that faith and doubt are, within the broad spectrum of the human family, seemingly the products of both agency and inheritance—or in theological terms, works and grace. In this dual paradigm of conscious choice on the one hand and unchosen givenness on the other, doubt emerges as a mortal reality—perhaps even a divinely appointed one that God can turn to our benefit—just as much as does faith. 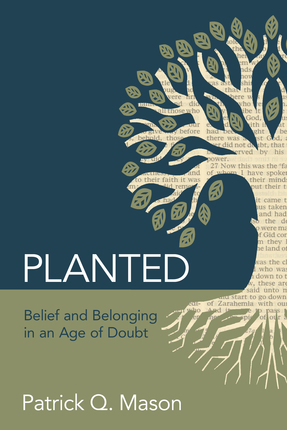