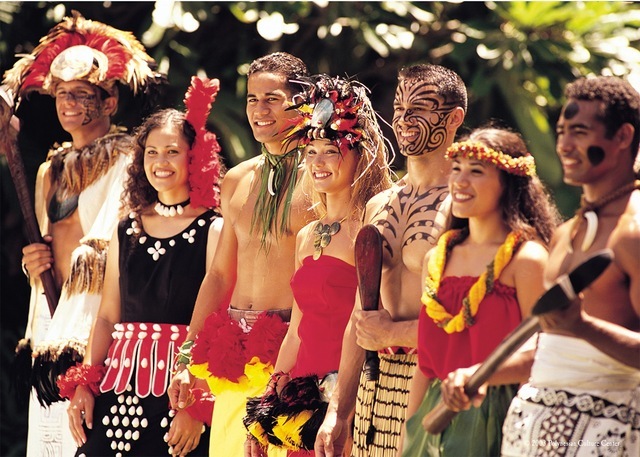 Some of the hottest topics in Latter-day Saint culture revolve around our bodies. “Your body is a temple” is mantra repeated by dozens of youth and proper hemlines and lack of body art are vigorously scrutinized and emphasized by many within the Church. Tattoos are frequently described as a defacement of your body, a reminder of a mistake, and a potential inhibitor for serving a mission. There is an entire section in the For the Strength of Youth to emphasize modesty for women and men, explaining that “When you dress immodestly, you send a message that is contrary to your identity as a son or daughter of God.”

With all of these clear messages from our prophets and apostles about these important topics, it is sometimes easy to judge those who don’t “measure up”—those who may have a tattoo, or whose hem and necklines are not as low or high as we feel appropriate. One situation I’ve noticed is particularly tricky is that of cultural costumes and practices.

What happens when clear guidelines from the prophets collide with cultural beliefs in the lives of faithful Latter-day Saints?

Heritage and culture are an important part of our identities, as I think is evidenced by the elaborate and often spiritual cultural performances that happen before temple dedications around the world, as well as by the Church’s emphasis on family history work. And while many cultures have good practices and beliefs that support gospel principles, sometimes those same cultures have practices that are not in line with gospel teachings. Practices that believe disfiguring the body is beautiful or symbolic, that wives and children are servants to their husbands, or that “bride prices” must be paid before a marriage—even a temple marriage. Perhaps the most commonly criticized cultural practices, however, are the use of tattoos or strapless costumes among Polynesian members, particularly at the Polynesian Cultural Center on the Hawaiian island of Oahu. 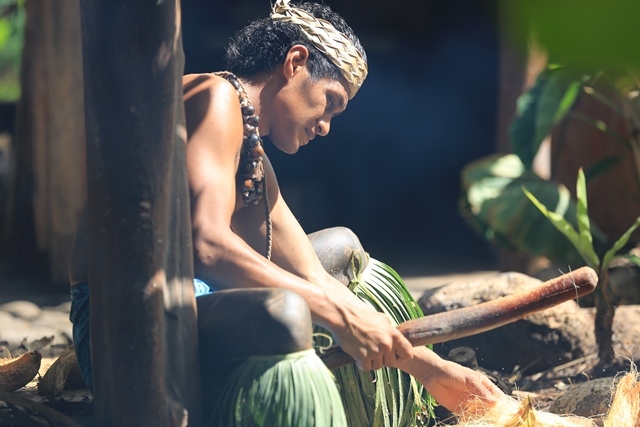 The Church-owned cultural center, which hosts thousands of visitors each year and is largely staffed by students attending nearby BYU-H, was created to "share with the world the cultures, diversity and spirit of the nations of Polynesia."

And while visitors have many positive things to say about their experience at the center, they are occasionally puzzled when they see a Latter-day Saint performer with an obvious tattoo. Some are quick to cast judgment toward these Saints, but Polynesian Cultural Center President P. Alfred Grace gives some insight into why these tattoos are present, despite the beliefs of their Latter-day Saint bearers. He explains:

“The cultural tattoos are actually something that we discourage our employees to use, because while there’s a good cause for it, a good reason, we also feel that there is a higher law, which is to recognize our bodies as temples. And so we’re comfortable with that. For some cultures, it’s still a very significant part of their identification from a rank and status point. For example in Samoa, the full body tattoo from the chest down to the top of the thigh is still a significant recognition of chiefly rank, so we’re sensitive to that. And while we don’t encourage employees to go away and get it and then return to the PCC, if they come with those kind of markings, we accept it as part of their culture.” 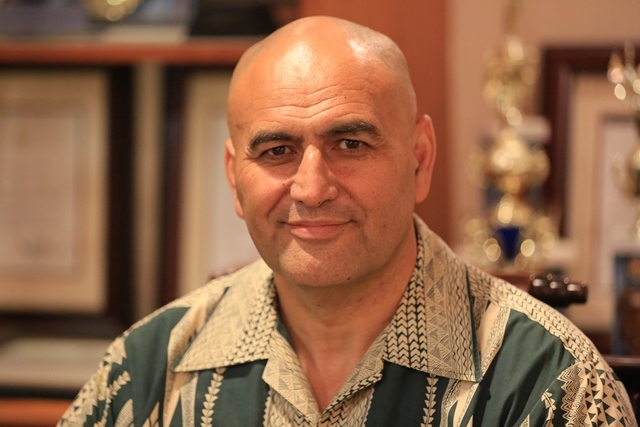 One of the things the PCC accomplishes, as President Grace explains it, is that it "represents those aspects of our culture that are comfortable with gospel principles."

The PCC makes sure its costumes stay as true as possible to the Polynesian culture, but they also stay unusually modest, standing apart from the skimpy coconut shells and midriffs found other places.

“A lot of the costumes from some of the cultures will show a lot of midriff and leg. Our costumes don’t do that because we’ve just chosen not to. [The only] topless dancers at the PCC are male.” 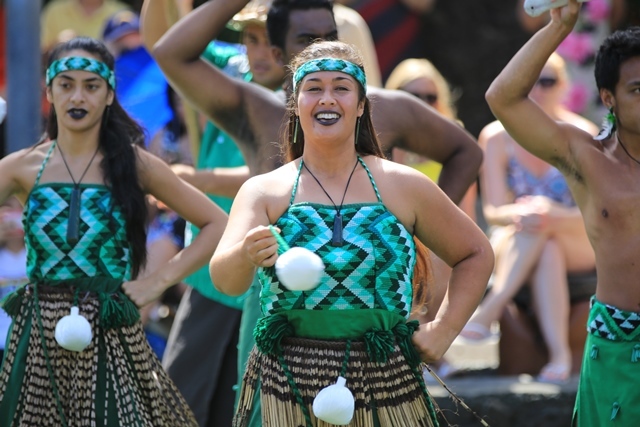 The center isn’t just sensitive to long-held cultural traditions, however. It also works to eliminate those parts of the worldly culture that are not in line with gospel standards. One of those things is the kava drink—a narcotic sedative ceremonial drink.

“Some of our cultures drink what’s called kava. We don’t do that here. In its traditional sense back home, where it’s part of grand ceremony and acknowledgment, that’s actually not that bad. But over here where it’s being abused, we choose not to support something that is being abused and used inappropriately. Guys will sit around drinking that stuff all night long, shirking their responsibilities as a husband and a father, and so forth. And we don’t support that.”

From its very beginning, The Church of Jesus Christ of Latter-day Saints has accepted a variety of people from a variety of cultures. And while this caused some challenges in the beginning, as they moved west, the Latter-day Saints continued to strive for the “gospel culture.” President Oaks described “gospel culture” this way in a March 2012 article:

“As a way to help us keep the commandments of God, members of The Church of Jesus Christ of Latter-day Saints have what we call a gospel culture. It is a distinctive way of life, a set of values and expectations and practices common to all members. This gospel culture comes from the plan of salvation, the commandments of God, and the teachings of the living prophets. It guides us in the way we raise our families and live our individual lives.” 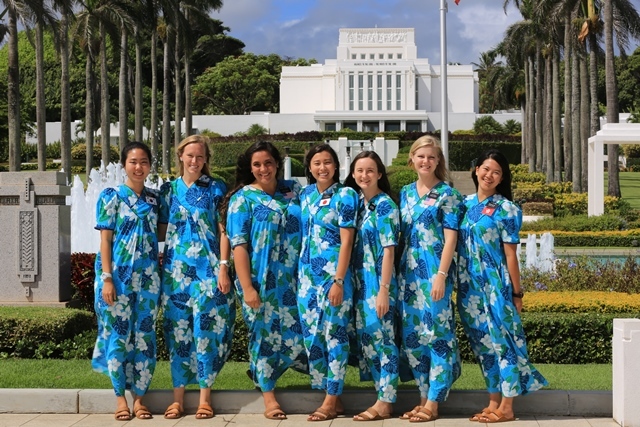 This is the same goal of those at the PCC. President Grace recalls, “President Eyring referred to it this way when he gave me this assignment: ‘Continue to preserve and portray the cultures of Polynesia in a unique and authentic manner, but never forget that the presiding culture at the Polynesian Cultural Center is the gospel.’ And that’s evident at the PCC as well as here at BYU-Hawaii . . . there really is no dominant culture except the gospel.”

This is illustrated nicely in a story President Grace shares a story of a nonmember New Zealand couple who visited the PCC. The wife, referring to their large, tattooed guide, said to her husband, “You wouldn’t believe it, but this guy’s a [Latter-day Saint].” When her husband commented that the young guide should learn more about his Church so he could be a better guide, the wife suggested they all go to the Laie Hawaii Temple visitor’s center. Despite their initial judgment and the husband’s insistence that he didn’t want to know anything, the guide received a note sometime later, informing him that when they had returned home, they had remembered the feeling of the gospel culture they had felt on the temple grounds, took the missionary discussions, and got baptized. They were planning to return to the Laie Temple to be sealed and they wanted their guide, tattoos and all, to be there.

No matter the culture, in the end, it is the gospel culture that brings people together and upward to Christ. In the case of the PCC, President Grace says, “We’ve captured what we consider to be the higher values of the Polynesian culture—the ones that Polynesians are most comfortable with anyway—and are showcasing them. And they are in harmony with Church teachings because the Polynesian culture, like many cultures, comes out of the gospel.”

So before we find ourselves judging others for their visible differences in the gospel, let us remember that we each have our own “tattoos,” and that we are ultimately striving, as the people of Mosiah, to have “no contention one with another, but that [we] should look forward with one eye, having one faith and one baptism, having [our] hearts knit together in unity and in love one towards another” (Mosiah 18:21). This is the gospel culture to which we all belong.

Lead image courtesy of the PCC. All other pictures by Scot Proctor.