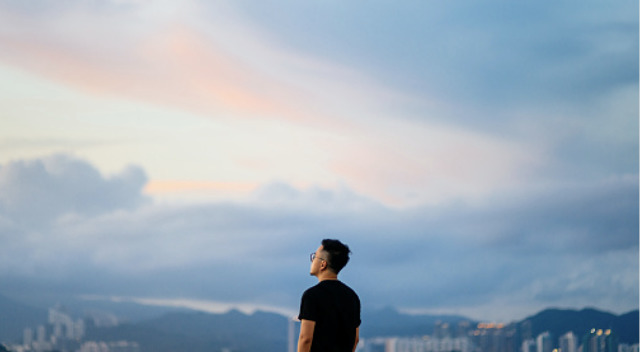 Why We Should Treat Our Standards as Beacons of Discipleship, Not Blowhorns of Condemnation

I remember how embarrassed I felt the day I shamed another coworker for not having the same standards I did.

I didn't mean to shame her. I didn't even know I was making her uncomfortable until it was too late.

I don't remember exactly how the conversation started, but I know I said something to effect that anyone who drank was dumb and not as smart as people who didn't drink at all.

"Well, I drink sometimes," was all she said.

I could hear the hurt in her voice. I knew she felt I had judged her, and I had—quite harshly, in fact.

She wasn't a Latter-day Saint. She didn't live the Word of Wisdom. But I was using these standards against her and twisted them into something hurtful. It was unfair in every sense of the word.

Instead of creating a positive environment where I could get to know her better, I had, with just a couple of words, shut down the opportunity to be Christlike—let alone share what I believed in a positive and productive way. I wasn't condoning or agreeing with her lifestyle, but I wasn't being a good disciple, either.

That must have happened five years ago, but I can still remember the sick feeling I had in my stomach when I realized what I had done. I had weaponized my standards without knowing it, hurting others I thought didn't measure up to them. I still think about that scenario and worry there could be other times where I unintentionally judge and hurt someone, Latter-day Saint or not, for not living up to my standards.

Of course, I'm not talking about lowering or giving up our standards to make others feel more comfortable. In fact, more than ever, we need to live our standards as visibly as possible.

"The day is gone when you can be a quiet and comfortable Christian. Your religion is not just about showing up for church on Sunday. It is about showing up as a true disciple from Sunday morning through Saturday night﻿—24/7! There is no such thing as a part-time disciple of the Lord Jesus Christ. . . . Paul set that pattern when he declared, 'I am not ashamed of the gospel of Christ: for it is the power of God unto salvation to every one that believeth' (Romans 1:16; see also 2 Timothy 1:8)" (President Russell M. Nelson, "Disciples and the Defense of Marriage," ChurchofJesusChrist.org).

Living our standards sometimes comes with the temptation to judge others who we perceive are not living up to them. And when we act on that temptation, the situation can turn from positive to hurtful.

I think we can all think of a time when this has happened to us in one way or another. Maybe it was a comment about a skirt being too short or an extra piercing or visible tattoo. We all know what it feels like to be judged quickly based on someone else's standards.

I remember a time when I felt like others' were using their standards to judge me. It was after I got another ear piercing known as a daith piercing. Daith piercings are a nontraditional approach to treating migraines. After having five migraines a month for a year and no medication that could slow them down, I was ready to try anything.

I had researched and found that piercings for medical purposes were supported by the Church, so I felt totally comfortable getting one. And, weirdly enough, the piercing worked.

But after a couple of weeks at church, I noticed the topic of piercings was brought up a lot around me. I realize now that I could have been extra sensitive and these conversations could have had nothing to do with me, but at the time, I felt like other people's standards were being used against me—and I wasn't even doing anything wrong.

No one asked why I had a third piercing, and I felt like people just assumed that I was somehow rebelling against standards they needed to remind me of. This, of course, made me feel uncomfortable at church or church activities.

Eventually, I realized that judging others for judging me was getting me nowhere. Whenever the topic of piercings come up among my Latter-day Saint friends, I talk about my daith piercing and try to subtly work in the conversation how we shouldn't judge others for what we see as a lack of gospel standards.

Through this experience, I got a small taste of what I had done to my coworker years ago. I realize now that a better approach would have been to love her and live my life so she could see how my standards helped bring me closer to Christ, that gospel standards helped me keep and honor the covenants I have made with God, that gospel standards are meant to be beacons for others to come to Christ, not blowhorns of condemnation.

"The most effective way to preach the gospel is through example. If we live according to our beliefs, people will notice. If the countenance of Jesus Christ shines in our lives, if we are joyful and at peace with the world, people will want to know why. One of the greatest sermons ever pronounced on missionary work is this simple thought attributed to Saint Francis of Assisi: 'Preach the gospel at all times and if necessary, use words,'" (Elder Dieter F. Uchtdorf, "Waiting on the Road to Damascus," April 2011 general conference).

So when these situations arise and when we may think it is helpful to remind someone of a gospel standard because, in our eyes, they aren't living up to them, maybe we should pause and think about Elder Dieter F. Uchtdorf's much-quoted talk "The Merciful Shall Obtain Mercy" before we proceed.

"I don’t know exactly how to articulate this point of not judging others with sufficient eloquence, passion, and persuasion to make it stick. I can quote scripture, I can try to expound doctrine, and I will even quote a bumper sticker I recently saw. It was attached to the back of a car whose driver appeared to be a little rough around the edges, but the words on the sticker taught an insightful lesson. It read, 'Don’t judge me because I sin differently than you'" (Elder Dieter F. Uchtdorf, "The Merciful Shall Obtain Mercy," April 2012 general conference).

Mormon Life StandardsStandards,Mormon Life
Comments and feedback can be sent to feedback@ldsliving.com