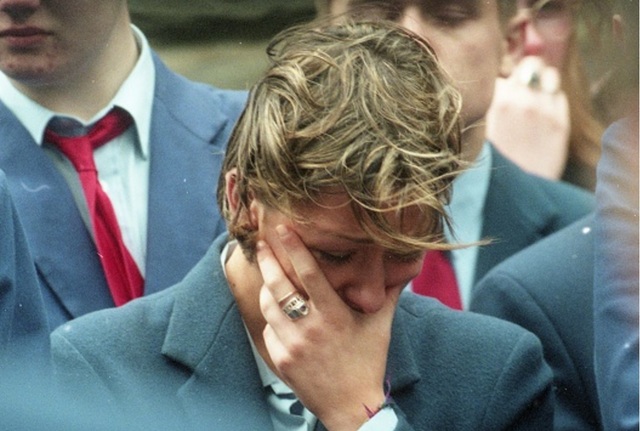 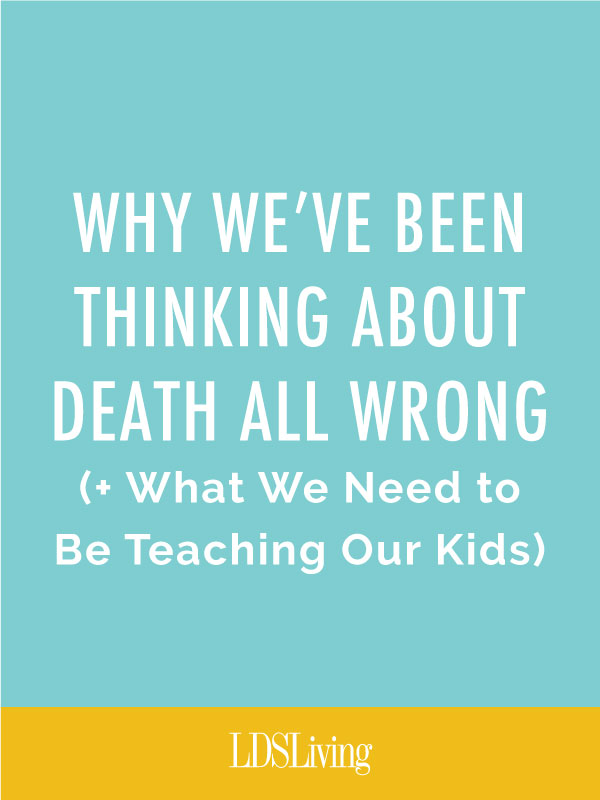 The following is an excerpt from Brent and Wendy Top's Beyond Death's Door: Understanding Near-Death Experiences in Light of the Restored Gospel.

Death intrigues us; sometimes it terrifies us. Certainly such reactions arise from curiosity about the mysterious and the fear of the unknown. As Latter-day Saints we are often reassured that we need not dread the “grim reaper,” as it is so morbidly called; and yet, not seeing or completely understanding what lies beyond and having never experienced anything like it, we may understandably approach death with at least some trepidation.

Some may feel that because death is shrouded in mystery it is frightening and we should never think or talk about it. Others may have the idea that because a veil is drawn over our minds in mortality, we are not to know very much about it. Still others refuse to even mention the subject of death, especially their own, hoping thereby to postpone facing its inevitability.

However, the Prophet Joseph Smith importuned the Saints to include this subject in an intense study. “All men know that they must die. And it is important that we should understand the reasons and causes of our exposure to the vicissitudes of life and of death, and the designs and purposes of God in our coming into the world, our sufferings here, and our departure hence. . . . It is but reasonable to suppose that God would reveal something in reference to the matter, and it is a subject we ought to study more than any other. We ought to study it day and night, for the world is ignorant in reference to their true condition and relation. If we have any claim on our Heavenly Father for anything it is for knowledge on this important subject” (History of the Church, 6:50).

Death Is the Gateway to Immortality

Why would the Prophet include the subject of death in such an emphatic and definitive pronouncement?

Perhaps it is because the very essence of our mission here on earth is to prepare to die, for if we have properly and faithfully prepared for it, death is our admission to eternal life. Elder Sterling W. Sill once echoed this emphasis on death in LDS theology.

Someone has said that the most important event in life is death. Death is the gateway to immortality. We live to die, and then we die to live. Ordinarily we don’t like to think about death because it is associated with unpleasantness.

But death does not cease to exist merely because it is ignored. The ancient Egyptians had a much more logical procedure for handling this situation. On their important festive occasions they kept constantly on display before the revelers a great image of death. They wanted to remind themselves that someday they would die.

Now I don’t want to frighten anyone unduly here today, but I would just like to point out in passing that someday each one of us is going to die. Someone has said that judging from the past there will be very few of us get out of this world alive, and certainly one of the wisest ways to spend life is in an effective preparation for death (In Conference Report, April 1964, p. 11).

We Should Look Forward to Death

Many of the General Authorities of the Church throughout the years have spoken on the importance of preparing for death. President Hugh B. Brown spoke of life as a “pre-natal state” and of death as a form of birth. “Man, in his mortal state,” he declared, “is not a being completed and perfect. Rather, mortal life is a prenatal state, awaiting birth. As Franklin so truly said, ‘Life is rather a state of embryo, a preparation for life. A man is not completely born until he has passed through death’” (In Conference Report, April 1967, pp. 48–50). . . .

President Spencer W. Kimball once pointed out how our understanding of death may affect the whole meaning of our life. “To the unbeliever it [death] is the end of all, associations terminated, relationships ended, memories soon to fade into nothingness. But to those who have knowledge and faith in the promise of the gospel of Jesus Christ, death’s meaning is . . . a change of condition into a wider, serener sphere of action; it means the beginning of eternal life, a never-ending existence. It means the continuation of family life, the reuniting of family groups, the perpetuation of friendships, relationships, and associations” (The Teachings of Spencer W. Kimball, p. 39).

We Should Teach Our Young Children About Death

In addition, it should also be noted that acquainting ourselves with the processes and expectations of passing beyond the veil can lessen the anxiety we all have about death. President Joseph F. Smith even taught that we should acquaint our children with the doctrine of death while also teaching them of the Savior’s ultimate victory over it.

It is a principle widely accepted that it is not desirable to teach these little ones those things that are horrifying to childish natures. And what may be said of children is equally true in all stages of student life. But death is not an unmixed horror. With it are associated some of the profoundest and most important truths of human life. Although painful in the extreme to those who must suffer the departure of dear ones, death is one of the grandest blessings in divine economy; and we think children should be taught something of its true meaning as early in life as possible.

We are born that we may put on mortality, that is, that we may clothe our spirits with a body. Such a blessing is the first step toward an immortal body, and the second step is death. Death lies along the road of eternal progress; and though hard to bear, no one who believes in the gospel of Jesus Christ, and especially in the resurrection, would have it otherwise.

Children should be taught early in life that death is really a necessity as well as a blessing, and that we would not and could not be satisfied and supremely happy without it. Upon the crucifixion and the resurrection of Jesus, one of the grandest principles of the gospel depends. If children were taught this early in life, death would not have the horrifying influence that it does have over many childish minds.

. . . It would be a great relief to the puzzled and perplexed conditions of their minds if some intelligent statements of the reason for death were made to them. No explanation of death to a child’s mind can anywhere be found that is more simple and convincing than is the death of our Master, connected as it is and ever must be with the glorious resurrection (Gospel Doctrine, pp. 296–97).

For more great insight from Brent and Wendy Top about death and the spirit world, check out What's On the Other Side: What the Gospel Teaches Us About the Spirit World or read more of Beyond Death's Door.