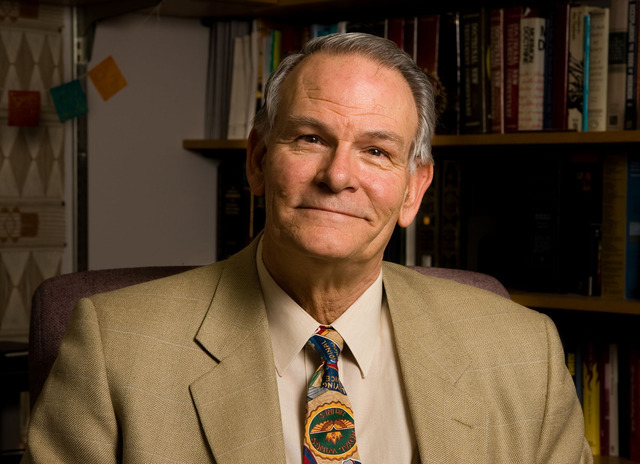 The following article originally appeared in the March/April issue of LDS Living in 2013.

"No pastor, priest, or minister chooses his or her vocation,” says Roger Keller. “It chooses them, and this was my experience.”

Keller has spent his life trying to do exactly what God told him to do. At a young age, it became clear to him that no matter which direction he turned—whether it was the sciences or music or elsewhere—the Lord had something else in mind for him.

Having had spiritual experiences early in his life as a member of the Presbyterian Church, Keller continued to follow those experiences wherever he could. So it made perfect sense that he would be attracted to the Church when he was first introduced to it at age 21.

“I found Christian people who were living out their faith, taking care of each other, and all serving through their callings,” he says. “This was not a ‘sit in the pew church.’” Impressed, he joined the Church, but he continued to seek ways to serve the Lord as much as possible and in whatever capacity possible. When he didn’t receive a calling in the Church, he went elsewhere and from then on continued to serve in other religious capacities among the Methodists and Presbyterians.

“I served Jesus and brought people to Him through the preaching ministry, the teaching ministry, the pastoral ministry, youth ministry, music ministry, and the sacraments [ordinances] of the churches in which I served,” Keller says. “Teaching world religions taught me that the Lord Jesus was active with all of God’s children, no matter what their faith traditions might be. Our Heavenly Father knows each of His children so well that He knows where they need to be to grow the most. He gives us all scriptures to be followed [2 Nephi 29:11-12], and if we follow the paths He has given us, they will lead to Him finally through the fullness of the gospel.”

Eventually, though, Keller’s work brought him back in contact with Latter-day Saints. Years later, while serving as the senior pastor of the First Presbyterian Church of Mesa, Arizona, Keller was continuing his work on interfaith understanding by writing a book to explain Latter-day Saint thought to those who were not Latter-day Saint. The project took him to BYU for a week, and while driving back to Arizona, “I had a powerful spiritual experience,” Keller says. “The essence of it being, ‘You found it [the LDS Church] twenty years ago; what are you going to do with it this time around?’”

Keller didn’t know the answer then, but he and his wife tried to both individually understand what would be best for their family. “With each of us searching for where the Lord wanted us next, we arrived at the conclusion on the same day in 1986 that He wanted us in The Church of Jesus Christ of Latter-day Saints. . . . It is to this fullness that all religions ultimately lead, because God is active in all of them. We are Latter-day Saints because we have continued to follow the divine call of the Lord Jesus. This is where He has led us, and we can imagine being nowhere else.”

This book attempts to show the good that God has placed among his children and upon which the Restoration may build to bring more good. It is written in the spirit of seeking to appreciate all the good that each religion brings. At the same time, this book seeks to show what makes each religious tradition unique.