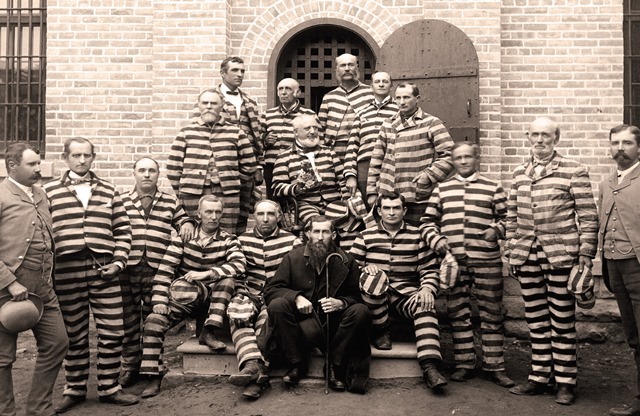 byCasey Paul Griffiths, Susan Easton Black, and Mary Jane Woodger, adapted from "What You Don't Know About the 100 Most Important Events in Church History" | Mar. 22, 2017

Whether you’re a history buff or simply curious, you have probably collected a decent store of knowledge about important events in Church history. But no matter how much you thought you knew, there are a surprising number of fascinating facts that you might have overlooked. Here is an interesting story from a time when polygamy was still practiced in Salt Lake.

The first federal legislation against plural marriage was the Morrill Anti-Bigamy Act, signed into law on July 1, 1862, by U.S. president Abraham Lincoln. Little was done at the time to enforce the Morrill Act, however, because the federal government was occupied with the Civil War.

In 1882, 20 years later, Senator George Edmunds again stirred up interest in legal action against polygamy. He proposed an amendment to the Morrill Act that required marriage licenses and restricted polygamists’ right to serve in public office, vote, or be called to jury duty. The amendment, known as the Edmunds Act, also proposed to grant amnesty to anyone who denounced polygamy. The Edmunds Act was signed into law on March 14, 1882, by U.S. president Chester Arthur.

The next legislation to target polygamy was the Edmunds-Tucker Act, signed in 1887. It disincorporated the Church and the Perpetual Emigration Fund “on the ground that they fostered polygamy.” The act authorized the seizure of Church real estate not directly used for religious purposes and the takeover of Church funds in excess of $50,000, a limit imposed by the Morrill Act.

Anticipating arrest and imprisonment as the result of these laws, on February 1, 1885, President John Taylor delivered his last public address in the Salt Lake Tabernacle. Federal marshals and deputies stood at the exits of the tabernacle to arrest President Taylor when the meeting ended. Uncertainty filled the air as he spoke.

After addressing the congregation for almost two hours, as was customary at the time, President Taylor closed his remarks with a final warning:

“You will see trouble, trouble, TROUBLE enough in these United States. . . . I tell you in the name of God, woe! to them that fight against Zion, for God will fight against them.”

He then went down the stairs to the basement of the tabernacle, where his bodyguards, Charles Barrell and Samuel Bateman, escorted him to safety.

► You may also like: "Let the Devil Roar": Brigham Young's Surprising Statement After the St. George Temple Dedication

The writings of President Taylor reveal that he attached meaning to his hardships. He was not simply hiding from officers of the law but was suffering a necessary persecution that would refine him for future glory. He wrote to his wife Margaret:

“When men shall revile you and persecute you and say all manner of evil against you for my name’s sake, rejoice and be exceedingly glad, for great is your reward in heaven, for so persecuted they the prophets which were before you. . . . It was true in the prophets’ days, it was true in the days of Jesus, it is true in our day. . . . You may ask, ‘Do you do this?’ Yes. I feel to thank God that I am a Latter-Day Saint and considered worthy to share . . . what the former-day saints had to pass through. And it is only a very little that I and my brethren endure when compared to that what the Saints endured in former times.”

In spite of his positive outlook, President Taylor’s ability to lead the Church was greatly diminished by his exile. Meetings with other Church leaders were rare. Most Church business was conducted through correspondence. His addresses were written and sent to others to read at gatherings held in outlying areas rather than in the Salt Lake Tabernacle. Though the administrative duties of his counselor Joseph F. Smith were not as great as President Taylor’s, President Smith recorded that while he too was in hiding, he received eight pounds of mail in one day.