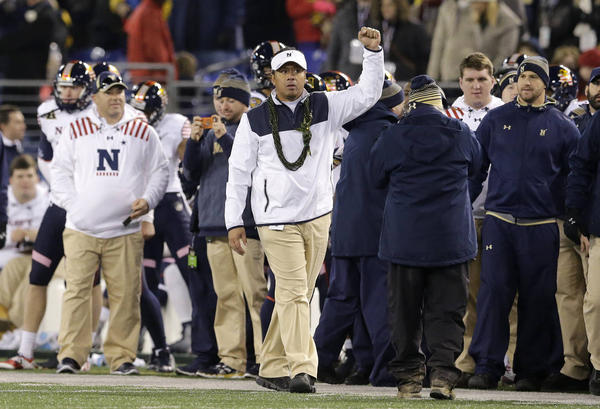 Navy's 17-10 victory over Army last December placed coach Ken Niumatalolo in the record books as the all-time winningest coach in the history of the U.S. Naval Academy.

While humbled by that milestone, the Hawaiian coach admitted to a room filled with hundreds of college students that he really wasn't shocked by the accomplishment.

"We became the winningest staff at the Naval Academy by never meeting on Sundays, and Sundays are (regarded as) the most important preparation day in college football," said Niumatalolo, dressed in a dark suit and tie. "When I got the job I knew it would work out. Eight years later it's not a surprise because I knew the return on that investment would be guaranteed."

With the gospel of Jesus Christ, your return investments are always guaranteed.