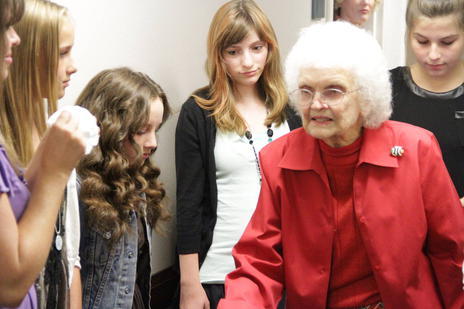 Two years ago, June Norton Ferrel was kneeling in prayer, asking her Heavenly Father for the opportunity to work with the young women in her ward. ,p>“I was thinking, ‘Oh, I wish I could just bear my testimony to them more often,’ ” recalled Sister Ferrel.

As she continued to pray, she longed and hoped that she could have an opportunity to teach the youth, but at age 98, she thought she was too old.

“No one knew that I wanted to be with them, that I longed to be with them,” said Sister Ferrel. “I’ve worked with youth all my life. I was told [in a blessing] that my life would be extended beyond its normal span and to take care of my health so that the Lord could extend my life so … I could still teach the youth.”

To her surprise, though, she was soon called to be a young women adviser.