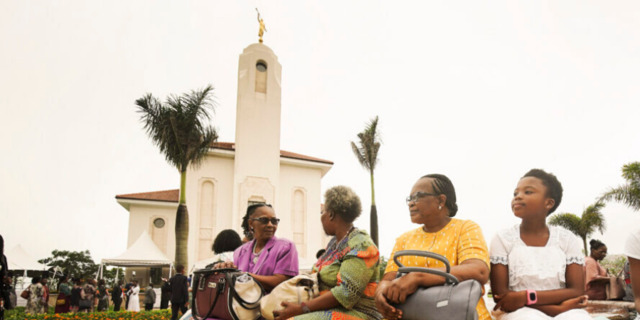 Elder Ronald A. Rasband of the Quorum of the Twelve Apostles has been in South Africa for the last 10 days meeting with members, missionaries, and local kings and queens.

“And even though I’ve been with two kings, today I had the strong impression that we were here to worship and honor the King of Kings,” Elder Rasband said.

The Durban South Africa Temple was dedicated on Sunday, February 16, 2020, by Elder Rasband. Church News covered the events of the dedication.

The Durban South Africa Temple is the 168th operating temple of The Church of Jesus Christ of Latter-day Saints and will serve members in South Africa, Lesotho, and Mozambique. The membership is diverse, but Elder Rasband said the Church has a great way of minimizing the differences and creating a gospel culture.

“There was a feeling of awe as we sat on that empty hillside,” Elder Cook said. “We looked out over the valley and out to the ocean and realized that in a few short years, a temple would rise up on that ground. To have the sacred privilege of returning for the dedication of the Durban temple that has been built up to the Lord is very humbling. I am filled with joy.”