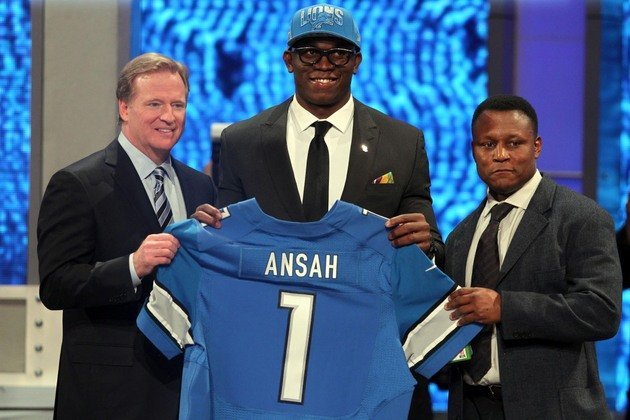 Ziggy's bond with LDS family in Ghana led him to BYU

This past July, at the Golden Sunbeam School, the Opares showed a reporter a photo album filled with pictures of Ansah serving in the Ghanaian ROTC, singing in the choir, and dunking a basketball at the Sport Court. They made a photocopy of a transcript of his perfect grades at Golden Sunbeam, where he attended from fourth grade through ninth grade.

“Everything started from here,” Opare Sr. said. “He went to another school for senior high because our school just went through the ninth grade. When he finished there, he came back here again as a teaching assistant. He was good at math, so we put him to help those who were weak at math to coach them. That is Ezekiel for you.”

It was the Opares that arranged for Ansah to go to school at BYU. They helped him apply, and paid for him to travel to the United States.

When Ziggy was drafted No. 5 overall by the Detroit Lions in April’s National Football League draft, Alma was one of the handful of people Ziggy invited to be with him in New York City for the once-in-a-lifetime experience.