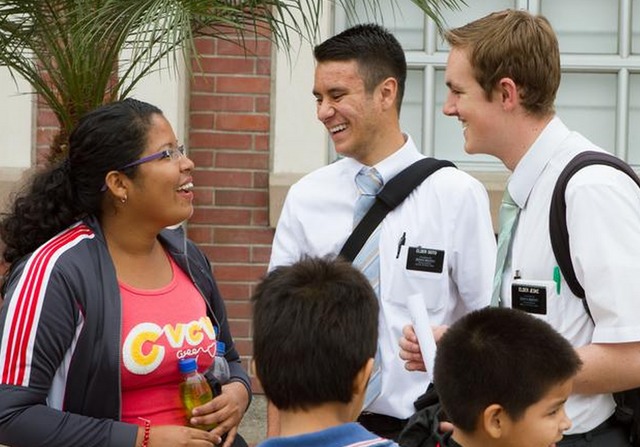 In a release made July 2nd, the Church shared a new policy for some missionaries: suit coats may no longer be required. The Church statement explained, "To reduce the financial burden on missionaries and their families, elders who are called to serve in missions identified by the Church as having hot climates will no longer be required to purchase or wear suit coats. Missionaries called to serve in these missions will be notified in their call packets."

Areas that this applies to includes those in Africa, Asia, Central America, the Pacific, and South America.

Although these official changes are new, missions have long adapted for climate and culture. For instance, some missionaries in warmer climates have for years worn short sleeve white shirts and dress pants on regular days, reserving suits for Sundays and special occasions. Male missionaries serving in Samoa will sometimes wear the traditional dress lava lava.

Most importantly, though,  the guidelines still encourage missionaries to remember Who they represent and to present themselves accordingly. "Servants of the Lord have always counseled us to dress appropriately to show respect for our Heavenly Father and for ourselves," said President Thomas S. Monson in April 2010 general conference. "The way you dress sends messages about yourself to others and often influences the way you and others act."