Kennedy Hansen was your typical teenage girl, with an exceptional talent for kindness and love. She hoped to become a cheerleader—until inexplicable episodes and falls warned her family that something wasn't quite right. At just 15 years old, Kennedy was diagnosed with juvenile Batten disease, and her body quickly began to deteriorate. But the cheerleaders at Kennedy's high school rallied around her, helping her fulfill her dream even as she battled through the final days of her life, passing away in May 2014.

However, as the movie Love, Kennedy shows, Kennedy's story and influence doesn't end with her death—that's when the true miracles begin. In fact, it was through Kennedy's story one woman was saved from committing suicide. As Kennedy's father, Jason Hansen, explains:

“Since Kennedy has passed away there have been countless missionary experiences. . . . One such experience was that from a woman whom I will not name that lives in the south. She had been baptized in the Church when she was young, but then fell far, far away. Life moved on and so did hers as she found herself married, with three kids, and then divorced, becoming a single mom. Through abuse, financial hardship, and emotional stress, she found herself one night questioning her purpose. She decided to take her own life. As she was preparing to do so, she was going to write a post on Facebook. She sat down and pulled up Facebook, where she was drawn to a picture of a girl and a post about her. The post was one about Kennedy never complaining about her struggles and turning to Heavenly Father for help. It randomly came on her feed. This caught this woman's heart and she pled with Heavenly Father to send something or someone to her the next day to help. She went to bed, arose the next morning, and around 9 a.m., she looked out her front window where she saw two sister missionaries standing outside and looking like they were lost. They were not lost, and she felt the spirit of Kennedy tell her they were there for her." 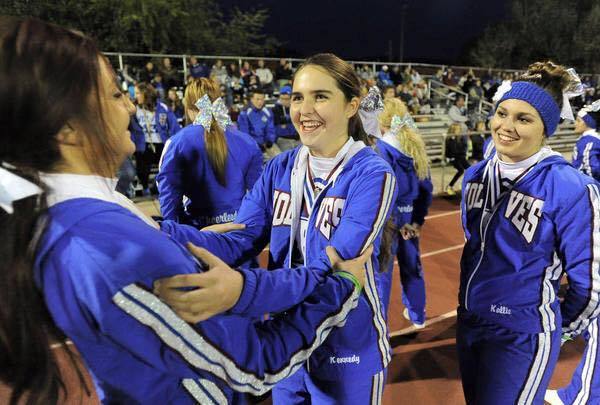 In addition to helping this woman find purpose in living, Kennedy also visited one of her friends after her death, bringing the gospel into her life. The day of Kennedy's death, Lexi Velasquez recalls:

"I came home crying, and I was crying forever. I felt pressure on my bed like someone was sitting next to me, and I felt my hand being grabbed. I was scared at first; I was really scared, [but] without real words coming out, I heard [Kennedy's voice] in my head that missionaries were coming, that we needed to listen to them, and that so many blessings would come. . . . I felt the pressure go off the bed and I felt my hand being released. I sat up in my bed. [Kennedy] wasn't facing me, but she was facing the other way and was just crying. She [said], 'Be strong, Alexis. You just have to be strong.' Then I closed my eyes and she was gone."

The next day, missionaries did arrive at Lexi's door, changing her life as well as the lives of her entire family.