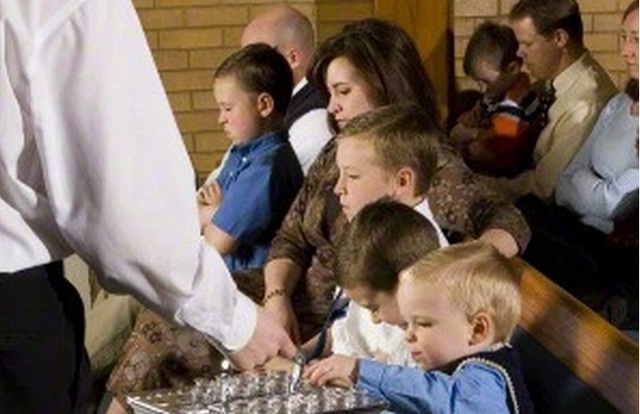 I was a young mother once. Now I’m just an old mother observing the struggling young mother sitting in front of me during Sacrament Meeting. I know your pain!

How many times did I ask if it was even worth attending church with my children? I’m going to share with the world, right here and now, two of my most embarrassing moments:

Story #1: At this time I had five children, under the age of about 8. For Regional Conference, we were to meet in the historic Salt Lake Tabernacle. My stake was asked to participate in the choir and my husband fully supported me going, because this would be the only time I would ever have the opportunity to sit in those golden choir seats. Sadly, I watched helplessly at the horror that would unfold before the entire congregation.

Child #5 was a babe in arms, so my husband was focused mostly on him. The older children were doing relatively well. It was child #4 who found an elderly couple to make friends with. He would repeatedly sit on the man’s lap, play for a short while, then climb down and wander back to his own family. I watched as he got off the man’s lap and instead of going back to our family, wandered down the aisle toward the front. As he began to climb the stairs that would take him toward the General Authorities, the security detail moved in. Luckily, a sister from our ward claimed him for the rest of the meeting as I watched helplessly from above.