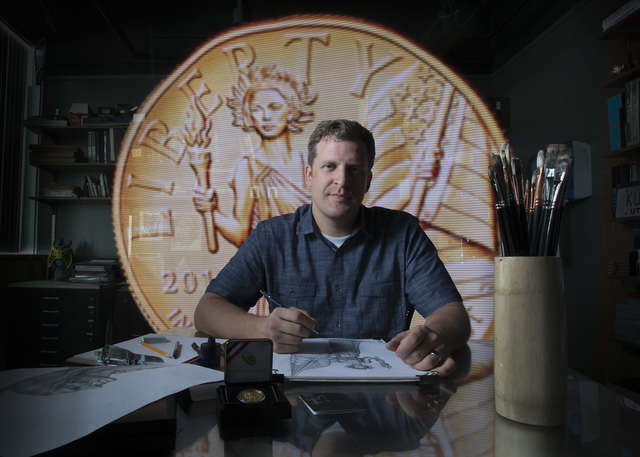 MR says: A BYU illustration professor is changing the way the world sees lady liberty with a new coin he designed for the US Mint--an honor he's had three times already in the past!

BYU illustration professor Justin Kunz has given Lady Liberty a complete makeover while designing a new collectors' item coin for the US Mint.

The American Liberty 2015 High Relief 24-karat Gold Coin was highly anticipated by coin collectors across the U.S. It features a re-imagined Lady Liberty meant to reflect modern sensibilities including increasing cultural diversity. Unlike previous representations, Kunz’s is a woman whose features—from her physicality and dress to the items she is holding—represent an attempt to bring a contemporary sensibility to a traditional American icon.

“It was difficult to portray Lady Liberty as a modern figure,” Kunz said, “I studied, sketched and finally, meditated on what Lady Liberty represents. I wanted the idea of her to be a simple visual statement expressed in an elegant way."