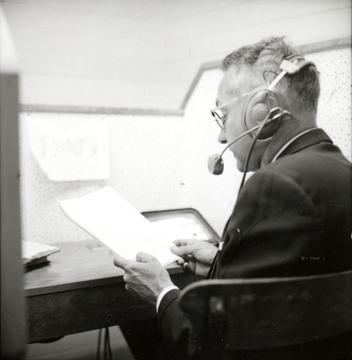 Edna Alba recalls sitting at a banquet table, bulky headset in place and her feet resting on a dirt floor underneath the Tabernacle during a session of general conference of The Church of Jesus Christ of Latter-day Saints (Mormon). Alba assumed the task of interpreting the meeting's proceedings from English to her native Spanish language. Not only was there a dirt floor, but also an Army tent pitched as a protective barrier from interrupting noises.

Alba was one of the very early interpreters for conference proceedings, beginning her volunteer service in 1966.