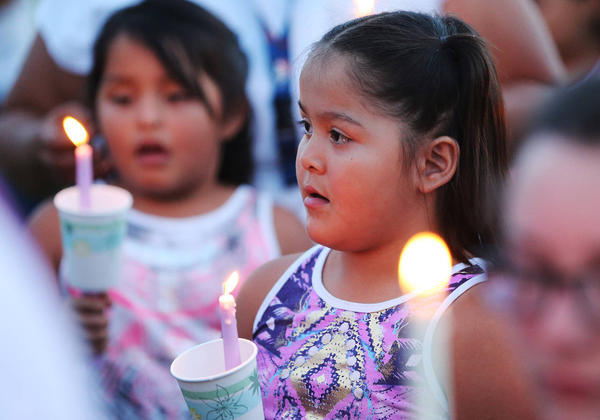 MR says: With purple balloons and candlelight, this community came together to honor a 12-year-old girl who was enticed out of her home by a teenage boy and killed.

Kailey Vijil and her family are from the Goshute Nation and traditionally are very private when mourning.

But on Sunday, Kailey's mother Deshaun Undergust, her 14-year-old sister Taylor and many other family members joined more than 100 people from the community for a candlelight vigil to honor the 12-year-old girl who police say was enticed out of her home and murdered by a teenage boy Friday.

"It's very difficult for them to have an event like this," said neighbor Dave Gomez, who conducted Sunday night's vigil.

The family did not speak during the ceremony and asked for continued privacy. But they shared many tears and hugs for an hour with people whom they had never met as different cultures came together Sunday to remember Kailey.

"Even though they don't know you, they know you're a sister of (theirs)," Gomez said of the bond that tied people from all races together. 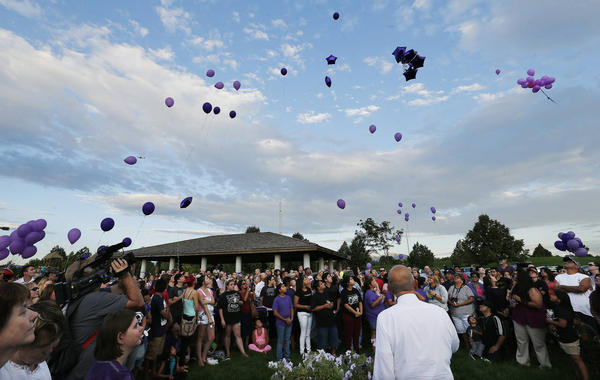