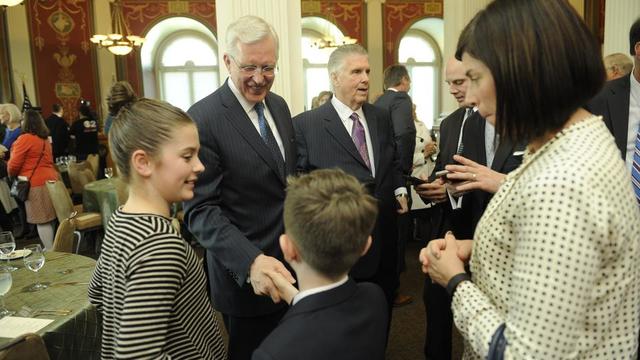 Read the bold testimony and witness Elder D. Todd Christofferson gave at the Library of Congress after praying in the Senate earlier that day.

Since its initial publishing 186 years ago, the Book of Mormon has made an indelible mark not only on the lives of its serious readers but also on American popular culture at large.

The book was added to the list of "Books That Shaped America" in 2013 and since June 2016 has been a part of the “America Reads” exhibit at the Library of Congress. The exhibit’s purpose is to foster new conversations about 65 books the American public says have had “a profound effect on American life.” The exhibit features some of the rarest and most interesting editions in the Library’s collections, including rare copies of the Book of Mormon.

“[The Book of Mormon] has spawned pageants and plays, appeared in films, inspired musical lyrics, and received 4 out of 5 stars on the Apple Store,” Elder D. Todd Christofferson said Wednesday at the exhibit, where he spoke for 30 minutes about the book’s history and impact. “It has been illustrated in comic strips, displayed in paintings, told through historical fiction, and imprinted on clothing. A copy of the Book of Mormon was even checked out to President Abraham Lincoln at the Library of Congress on November 18, 1861.”