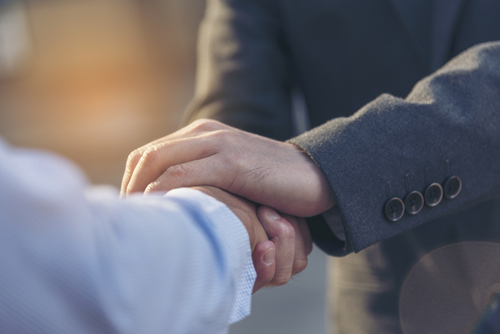 For more information on this topic read “The Transforming Power of Faith and Character” by Elder Richard G. Scott, Ensign, Nov 2010, 43.

"It is nobility of character, that fabric of inner strength and conviction woven from countless righteous decisions, that gives life its direction."

"Wherefore the Lord God of Israel saith, I said indeed that thy house, and the house of thy father, should walk before me for ever: but now the Lord saith, Be it far from me; for them that honour me I will honour, and they that despise me shall be lightly esteemed" (1 Samuel 2:30).

Assign the following scripture blocks to different family members and invite them to make a list of words or phrases describing Moses’ character traits:

Ask each person to discuss what was found:

Which of Moses’ qualities impresses you most?

Which trait would you most like to have and why?

What would you have to do to obtain these same qualities?

Taken from a letter to the members of the Church in the Tahitian Mission, dated March 31, 1939, and signed by President David O. McKay:

When I visited the beautiful Island of Tahiti in 1921 I learned of an incident associated with Brother Vaio, (a member of the Church), who was then captain of one of the government schooners.

The newly appointed governor of the island was to make a tour of inspection of a government-owned vessel. Captain Vaio and his associates decorated their ship, placed fruits and delicacies on the table and made ready for a suitable and appropriate reception to his Excellency. A glass of wine was placed at each plate with which at the proper time all would respond to the toast and drink to the health of the governor. There was one exception however— at Captain Vaio's plate there was placed a glass of lemonade. One of his associates protested saying that he would offend the governor if he drank only lemonade at the toast, but notwithstanding these protestations Brother Vaio insisted that he would drink only lemonade when the toast was proposed.

It was Captain Vaio's responsibility and honor to make the welcome speech. This he did, and at the conclusion he explained in substance:

"Your Excellency, before proposing the toast I wish to explain why I am drinking lemonade instead of the customary wine. I am a member of the Church of Jesus Christ of Latter-day Saints. Every Sunday morning I teach a class of young people. It is one of our tenets not to drink wine or strong drink, tea, nor coffee, nor use tobacco. I cannot consistently tell them not to use intoxicating liquor and then indulge myself; therefore, you will understand why on this occasion I am drinking lemonade. And now I propose a toast to the health and happiness of his Excellency, governor of Tahiti."

There was a tense silence among the ship's crew as the Governor arose to make his response. He was a true gentleman and appreciated the loyalty and manhood of the man who had given the welcoming speech. In substance the governor said:

"Captain Vaio, I thank you and your associates for this hearty welcome, and I am glad to learn that you maintain the ideals of your Church in regard to temperance. I wish we had more men with such sterling character to take charge of the government's ships."

Give everyone a sheet of paper with the following scrambled words on them. Tell them these are all words that describe good character traits and let them unscramble them.

Preheat oven to 350° F. Melt butter in a 9x13-inch pan. Sprinkle over the butter, in layers, graham cracker crumbs, then coconut, then chocolate chips, then butterscotch chips, then nuts. Drizzle with sweetened condensed milk. Bake for 30 minutes. Cut away from the sides of the pan when you take from the oven. Cut in squares while still warm.