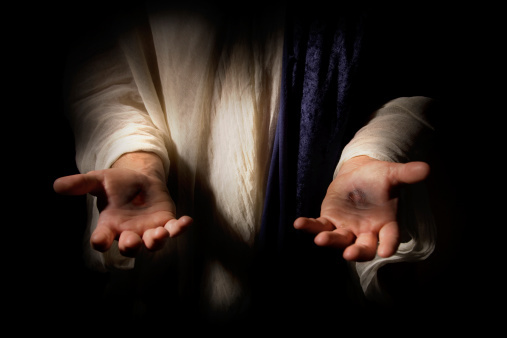 Think of the purest, most all-consuming love you can imagine. Now multiply that love by an infinite amount--that is the measure of God's love for you. (Dieter F. Uchtdorf, "The Love of God," Ensign, Nov 2009, 21-24.)

Having faith on the Lord; having a hope that ye shall receive eternal life; having the love of God always in your hearts, that ye may be lifted up at the last day and enter into his rest. (Alma 13:29)

Ask your family what often happens in the world when one person gets really angry with another. (Perhaps you could think of an example of anger, hatred, or desire to hurt or get revenge.) Ask why it is so hard to forgive when we are hurt or wronged by another.

Read 2 Nephi 19:12, 17, and 21 with your family. Help them understand the Lord is angry with Israel. Then have them search those verses to find a sentence that appears three times that describes what the Lord did about His anger over the wickedness of Israel. Share your testimony of how comforting it is that even when we have offended the Lord or made Him angry, His "hand is stretched out still" to help us.

Olga is a young university student who had always wanted to find God's love and the love of other people, but she had resisted invitations to attend other churches because she was afraid of public worship. She justified this reticence by saying to herself: "If God loves me, it doesn't matter where I pray to Him. I can do it by myself."

Olga and her mother, Larisa, met Sister Cynthia Robbins and Sister Melinda Richards on the street. These missionaries invited them to church, but instead Larisa and Olga, desiring to be taught the gospel, invited them to their home. It did not take Olga and Larisa long to receive a strong spiritual witness of the restored gospel, and they accepted the invitation to be baptized. Olga and Larisa had not yet attended church and were told that this was an important requirement for baptism.

A short time later, Olga attended the a Latter-day Saint worship service but afterwards was assailed with doubts. Thinking about the experience for several days afterward, she decided against baptism. But because she had lost the missionaries' telephone number and thus could not tell them of her decision, she and her mother attended church the next Sunday so they could speak with the missionaries.

This time at church, however, Olga had a wonderful spiritual experience during the sacrament service and afterward felt the great love of the members toward one another and toward her. She recalls:

That Sunday changed my life forever. I understood through the Spirit that I had to belong to this church. I saw such a great faith and kindness on the faces of the people! I felt how their faith was penetrating into my soul. I understood everything without words. I understood that my fear after the first Sunday was a temptation of Satan. The feeling that I received right after my baptism cannot be described in words. I just can say that it seemed to me that I was flying twenty centimeters above the ground on my way home. I loved everyone; I was so happy. I felt that I was a beloved daughter of my almighty and kind Father. I wanted to hug all the world. I was thankful to God for helping me to find a beautiful church family. I was thankful for being in this church family with my mother.

Eight months later, Olga's father came back to the family after a period of separation, received the gospel and baptism, and was later ordained to the Melchizedek Priesthood. Olga's joy was full: "I cannot find the words in Russian or any other language to describe my feelings and blessings since my baptism. Now I have my entire family in the gospel, and I am eagerly looking forward to going to the temple together with my father and mother."

Unscramble these names of God found in the scriptures.