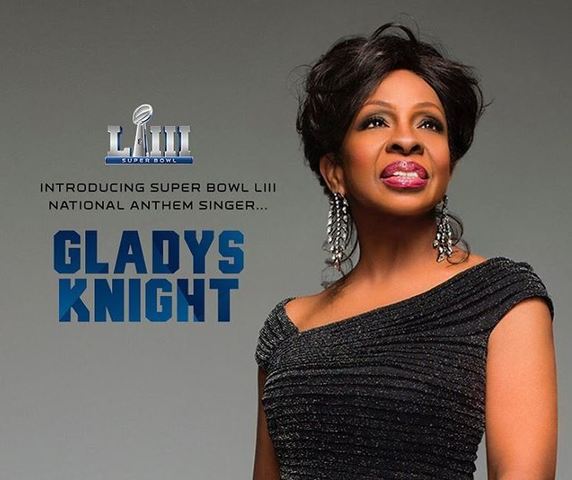 Gladys Knight celebrated the announcement that she would be singing the National Anthem for Super Bowl LIII by posting on Instagram, "Atlanta, I'm coming home!"

But not everyone celebrated the fact that the Empress of Soul would be taking the field February 3. In response to the backlash and criticism she has received for agreeing to sing the national anthem, Gladys Knight gave a response The Blaze categorized as "the classiest response possible." Newsweek agreed, stating, "Rather than taking the fray bait, Knight took the high road in response to her detractors."

Knight told Variety about her decision to perform at the Super Bowl:

"I understand that Mr. Kaepernick is protesting two things, and they are police violence and injustice. It is unfortunate that our national anthem has been dragged into this debate when the distinctive senses of the national anthem and fighting for justice should each stand alone.

"I am here today and on Sunday, (February 3), to give the anthem back its voice, to stand for that historic choice of words, the way it unites us when we hear it and to free it from the same prejudices and struggles I have fought long and hard for all my life, from walking back hallways, from marching with our social leaders, from using my voice for good – I have been in the forefront of this battle longer than most of those voicing their opinions to win the right to sing our country's anthem on a stage as large as the Super Bowl LIII. . . .

“I pray that this National Anthem will bring us all together in a way never before witnessed and we can move forward and untangle these truths which mean so much to all of us.”

In a recent video, Knight shared that her musical talents were God-given, explaining that her parents always told her, "God will give you special gifts. You may not understand it in the beginning but just do all that you can do." In the video, Knight also provides insight into the segregation and racism she experienced as a black performer touring in the United States. In the video, Knight explains that she hopes singing the anthem will help lift others to a higher place.

Gladys Knight is a seven-time Grammy Award-winner with a star on the Hollywood walk of fame, and she converted to The Church of Jesus Christ of Latter-day Saints in 1997 after her daughter joined the Church and invited her to Relief Society.  “After a while, Kenya told me, ‘Mom, it’s time for you to talk to the missionaries,’” she says. And so she did.