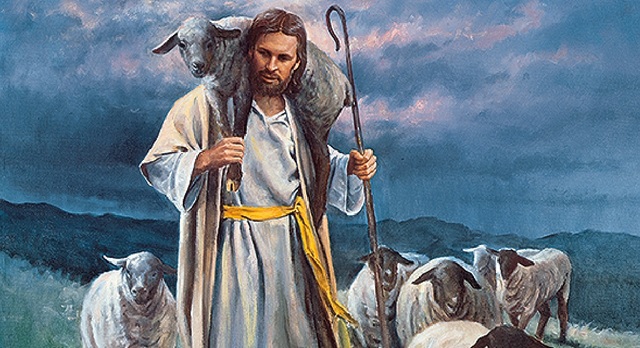 Insights That Will Change the Way You See the Shepherds & Nativity

It was a spring night more than two millennia ago and quiet on the hills of Bethlehem. Certain shepherds stood watch over the ewes on the hills, awaiting the arrival of lambs in this season of lambing. These men had a unique commission to watch for the birth of these particular lambs and keep them safe.

From the writings of Elder Bruce R. McConkie (1915–1985) we learn: “These were not ordinary shepherds nor ordinary flocks. The sheep there being herded—nay, not herded, but watched over, cared for with love and devotion—were destined for sacrifice on the great altar in the Lord’s House, in similitude of the eternal sacrifice of Him who that wondrous night lay in a stable, perhaps among sheep of lesser destiny” (The Mortal Messiah, 4 vols. [1979–81], 1:347).

In the December 1998 Ensign,Sherrie Johnson writes of the shepherds and the circumstances in Jerusalem at the time of the Savior’s birth: “Deemed by the upper classes as men of naught, the shepherds were nevertheless saviors to the sheep. Besides assisting in the births, they nourished, gathered, comforted, and protected their flocks. … One scholar notes that a tower called Migdal Eder—the watchtower of the flock—stood on the road between Bethlehem and Jerusalem. The sheep that were gathered there belonged to the temple flock, from which the sacrificial lambs would be taken” (see Marvin R. Vincent, Word Studies in the New Testament, 4 vols. [1887–1900], 1:269).