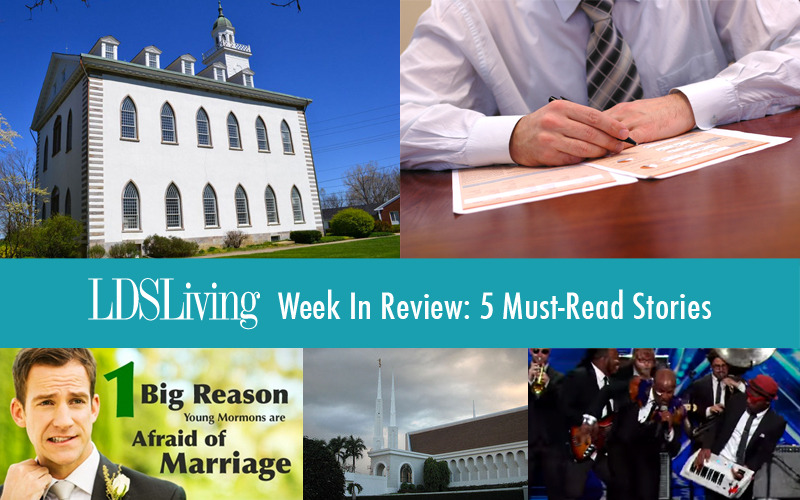 In a recently released leadership training video, members of the Seventy and Quorum of the Twelve Apostles discussed the importance of keeping the Sabbath day holy and making sacrament meeting more meaningful. A shortened version of that meeting was then sent out to stake leaders to share with individual ward councils.

As part of that training, bishoprics were instructed to adjust how they plan sacrament meetings.

In a statement made to the Salt Lake Tribune, Church spokesman Eric Hawkins explained the gist of the change: "Bishoprics, who are responsible for planning sacrament meetings, are being asked to counsel with ward councils about their proposed plans for future sacrament meetings."

-->To find out more about the change, click here!

In 1989, an Attack was Planned on an LDS Temple--Then a Miracle Happened

In an article published in the Ensign of June 2001, Elder Dallin H. Oaks of the Quorum of the Twelve Apostles addressed the topic of miracles by sharing a personal story of the miraculous protection of the Manila Philippines Temple. At about 3 p.m. on Saturday, Dec. 2, rebel soldiers breached the gate of the temple and occupied the temple grounds exchanging gunfire with loyal government forces in a nearby military installation called Camp Aguinaldo, he said.

-->To read the rest of this thrilling story, click here!

Alex Boye Performs on Next Week's 'America's Got Talent,' Ends Up in Hospital

LDS fans of NBC's America's Got Talent have something fun to look forward to on next week's episode: LDS singer Alex Boye and his band Changing Lanes Experience will make an appearance!

In a Facebook post he published June 16th, the singer said, "I can finally talk about it!! Killed it on stage on America's Got Talent!!"

And it turns out, he might mean that literally. In the episode's teaser (you can watch it above), one of the performers is injured. Boye noted, "[Our] performance was so hot, it actually sent me to the hospital!"

3 Myths About the Early Church You Thought Were True

Precious china crushed to help make the stucco of the Kirtland Temple.

You wouldn’t expect that some of our most beloved stories would be considered part of myth and folklore. But while researching an article about Mormon myths, I was surprised to find that a couple famous stories about the early Church may not have happened like we thought. (Although some, of course, did.)

As a young single adult in the Church, I’ve had a plethora of conversations with friends about why we’re afraid of dating, afraid of commitment, afraid of marriage—or all of the above. Our general Church leaders tell us that it’s the most exquisite and important thing we’ll ever experience in life. And yet, many of us put off the search to find a spouse.

We want to be with the absolute best person for us. Keep searching, they say. Don’t settle for anything less than the best, we’re told.

We get the same message from the media that surrounds us. If the phone you have is better than the last one you had, then it’s a sure-fire bet that the next phone you get will be even better. Everything we have or do seems to merely a placeholder for something better coming our way.

-->For the rest of this insightful article, click here!