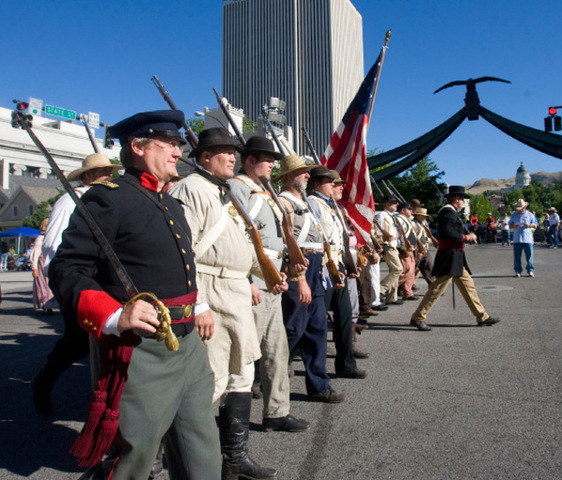 "The parade itself is one of the longest-running in the country, and the Mormon Battalion has been part of it since the beginning," said Jodene Smith, the co-chairman of the event. Records are incomplete, but "other than the war years, I would imagine, they have always been a staple at the Pioneer Day parade. They would have to be the oldest entry."

There will be 115 entries in this year’s parade, up from 109 a year ago, with fewer horses, but more floats, Smith said.
Read the rest of this story at sltrib.com