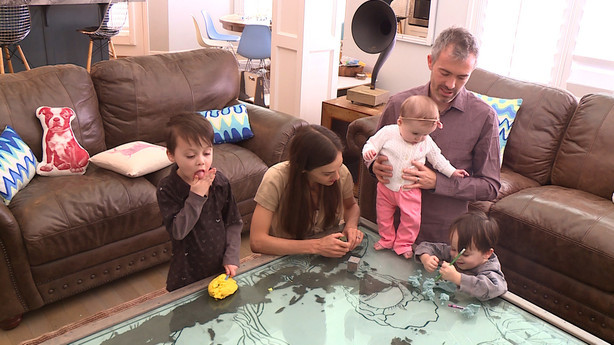 An LDS family has decided to pack up and travel the world over the next year. But with three kids under the age of six, that could be a little challenging for parents Derek and McKenzie Tillotson. That's why they need someone to share in their adventures.

Traveling has always been a part of their relationship. But when the first of their kids came along, McKenzie thought those times were over.

"I had a moment, after I had my first child, and there may have been hormones involved," she said, looking back with a laugh. "I remember holding this newborn baby, and Derek was going off on a business trip — I broke down sobbing, and I just had this meltdown where I thought: I'm never going to be able to travel again!"

Despite his tendency to ask out girls on same-day dates, McKenzie said Derek was remarkably clear-headed.

"Derek looked at me like, 'You're insane,'" she said. "Our lives aren't put on hold. Our lives are just getting better."

Now the proud parents of Porter, Beckett, and baby Wren, the past few years have proven Derek to be right. Their sales jobs allow them to work from anywhere, but Derek and McKenzie don't leave the kids with a relative and take off on their own.