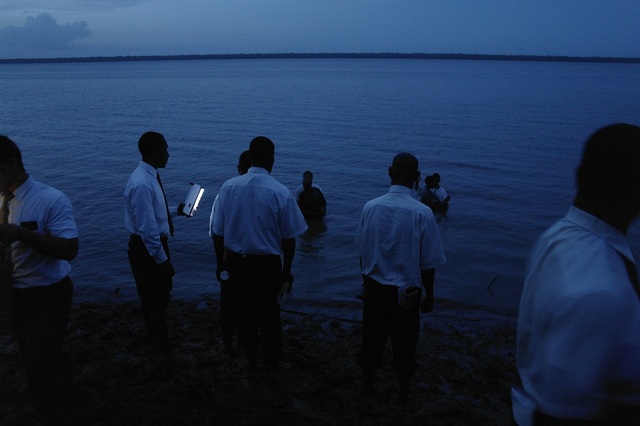 In May, 2011, President Meliula Fata, of the Papua New Guinea Port Moresby Mission, travelled seven hours by dinghy to Sogere, PNG. While there he participated in the teaching and baptizing of 114 investigators. The baptismal service was unique in its setting and in its blessings of safety.

President Fata had created the Sogere District in November, 2010, with 995 members. Within six months membership in the eight new branches had grown to 1600. In May, 2011, President Fata returned to Sogere for a District Conference. Three weeks earlier, he had sent four missionaries there to teach and baptise investigators who were being fellowshipped by the members. By the time President Fata arrived, the missionaries had baptised 72 people.

Some members travelled days to get to the conference. Some brought more investigators, many of whom had been attending Church meetings for several months. After two days of teaching, 114 additional men, women and children were committed to baptism.