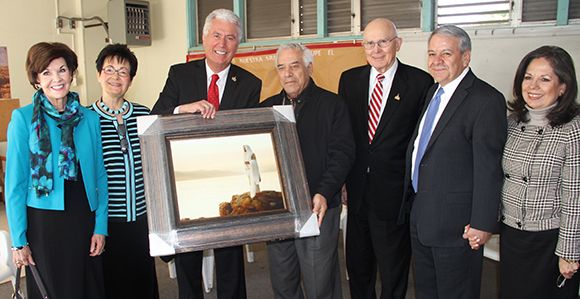 President Uchtdorf Forging Friendships for the Church with Archbishop in Tijuana

The second counselor in the First Presidency also visited with a pair of key local religious and civic leaders—making new friends for the Church in this vibrant border city.

Also participating in the visits were Elder Dallin H. Oaks of the Quorum of the Twelve Apostles and their wives, Sister Harriet R. Uchtdorf and Sister Kristen M. Oaks, along with Mexico Area President Benjamin De Hoyos of the Seventy and his wife, Sister Evelia De Hoyos.

A holiday visit with the Archbishop

The Brethren visited with Archbishop Romo Muñoz at the Cathedral of Tijuana.