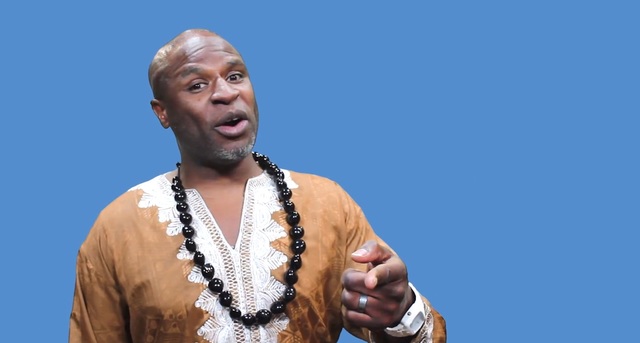 Hopefully by now you've heard the hubbub about the new Saturday's Warrior motion picture set to premier in 2016. (For more details about the film, click here).

When the original Saturday’s Warrior stage musical opened in 1974, it ran for 246 consecutive sold-out shows in Salt Lake City, and in Phoenix it sold more tickets in two hours than Elton John did in two weeks. And now this classic in LDS culture is about to appear on the big screen, with a few celebrity surprises in the cast lineup.

Jimmy Flinders, the movies leading role, will be played by Kenny Holland, a young musician from Arizona and social media sensation. Check out this video introducing Holland as well as this interview with his excited parents:

The heart-warming role of the heavenly guide will be played by none other than Alex Boye, long-time soloist for the Mormon Tabernacle Choir who recently amazed judges on "America's Got Talent." Hear what Boye has to say about his new role below:

And these two stars will be jamming out to dance numbers created by High School Musical's choreographer, Bonnie Story.

Shooting for the film will begin September 2, 2015 near Salt Lake City, Utah, under the direction of Michael Buster, the film's director and former God's Army, Saints and Soldiers, The Yankles, and 17 Miracles actor.

Several more celebrity cast members are anticipated to be announced in the next few days, so be sure to follow us on facebook for regular updates.

The other cast members who have been announced are:

The Saturday's Warriors team is hoping to make this release a global event. To help in their goal, check out their Kickstarter page here.