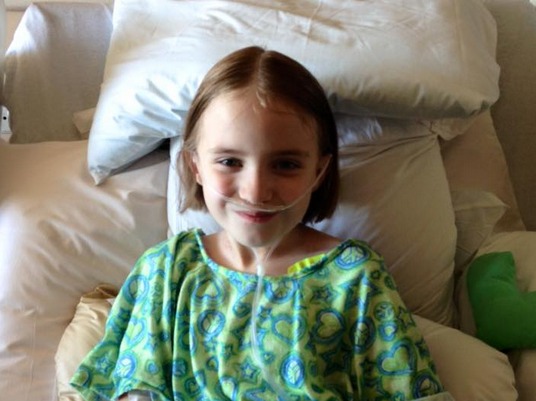 The tragic and sudden passing of an eight-year-old Latter-day Saint girl has resulted in countless acts of kindness being done all around the world.

Maddy Grayless, of Colorado, suffered from a deadly, quick-acting form of bone cancer called Osteosarcoma. Though she once had dreams of becoming a paleontologist, a cupcake maker, and a singer, the disease claimed her life only two weeks after her diagnosis.

Upon learning of her diagnosis, “[Maddy] was sad,” her mother told Fox 31 Denver. “She talked a lot about the things she was going to miss . . . . She said to me at one point, ‘Mom, I just wanted to be able to make a difference.’”

But with the creation of a new Facebook page called “Maddy’s Mighty Minions,” she still can. The page inspires people around the world to perform an act of kindness for somebody else and post it online.

One commenter from the United Kingdom praised Maddy while capturing the spirit of the movement. “What a difference this beautiful little girl is making,” she said. “It feels good to spread a little kindness.”

The following are a few examples of how Maddy's Mighty Minions are paying it forward:

From the United Kingdom

Maddy's influence has also been felt in Holland, the Netherlands, and Canada, as well as countless other places around the globe.

To share how you’ve been able to spread kindness in Maddy’s honor, please visit Maddy’s Mighty Minions on Facebook. To learn more about Maddy’s brave battle with cancer, visit Maddy the Mighty.

Service Service Family Trials Mormons We Know FamilyService,Service,Family,Trials,Mormons We Know,Family,
Comments and feedback can be sent to feedback@ldsliving.com