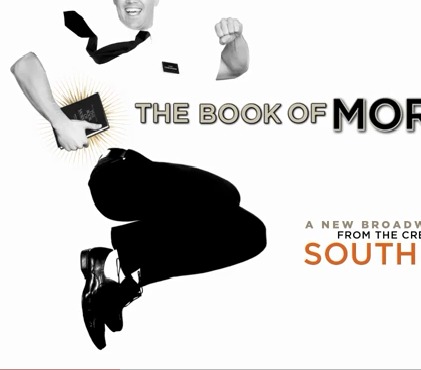 USA Today: Mormons may have last laugh at 'Book of Mormon' musical

South Park meets the Mormons in a new Broadway musical that's now in previews. Will this be a night of unholy humor at the expense of the Church of Jesus Christ of Latter Day Saints? Or might the faithful get the last laugh?

One could imagine the creative team behind the potty-mouth cartoon characters, Trey Parker and Matt Stone, ruthlessly sending up the earnest image of the upright Mormon culture and the church rising back up with righteous indignation.

But Parker and Stone tell our theater critic Elysa Gardner, their version of The Book of Mormon is really meant to be a " pro-faith musical" story of

... a pair of teenage Mormon missionaries sent to Uganda, where they confront war, famine and AIDS, to say nothing of culture clash.

To which the Church's official response is:

The production may attempt to entertain audiences for an evening, but The Book of Mormon as a volume of scripture will change people's lives forever by bringing them closer to Christ.
Read the rest of this story at usatoday.com