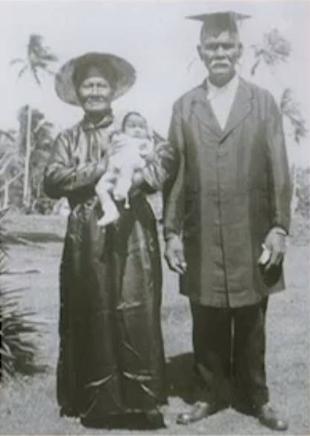 Throughout my life, I have often felt the Lord's guiding hand on my shoulder as well as the whispers of my noble ancestors nudging me to do things I wouldn't have the confidence to do on my own. I've found it wise to listen closely with my mind and heart and to feel the Lord's hand on my shoulder when faced with important decisions.

Allow me to introduce you to a noble ancestor with whom I share much in common and whose voice I've often felt throughout my career.

The first Mormon missionaries who came to Tonga were Elders Brigham Smoot and Alva J. Butler, who arrived in Nuku'alofa on July 15, 1891. There were religious and political reasons beyond their control that resulted in their unsuccessful efforts, but suffice to say, in 1897, the First Presidency recommended missionary work closed in Tonga. A decade passed before the president of the Samoan Mission, Thomas A. Court, sailed to the Vava'u island group on March 19, 1907, to determine if it was suitable for missionaries but also to buy horses for the mission farm.