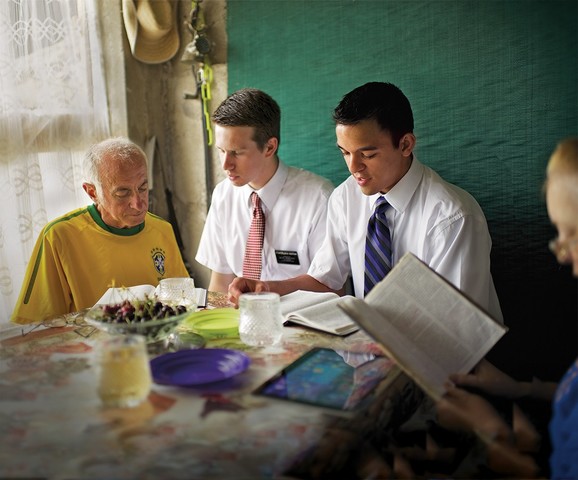 Why I Can Never Make It Through "Called to Serve"

MR says: Whether we are a missionary, a returned missionary, or a member missionary, we all have reason to sing "Called to Serve" loud and proud, because we all do hold callings and important roles within the Church. But learn why one member has such trouble singing this wonderful hymn.

Just last week we had a Stake Conference and about halfway through the meeting we stood to sing “Called to Serve.” Up to that point in the meeting we heard some of the most simple, humble, and powerful testimonies I’ve heard from the pulpit in a long time. The spirit was strong.

But the minute I opened my mouth to sing…I found myself needing to shut it back down. I stood there for a few seconds in silence and tried again. Nope. It just wasn’t happening. Every time I’d start to sing, I was silenced by a power that I can only describe as the Holy Ghost.

People might have looked at me and wondered “Why the heck isn’t that guy singing? Why’s he getting all emotional over just one little hymn?”

I was asking myself that same question during this hymn when I looked up and saw a friend of mine on the stand that wasn’t singing either.