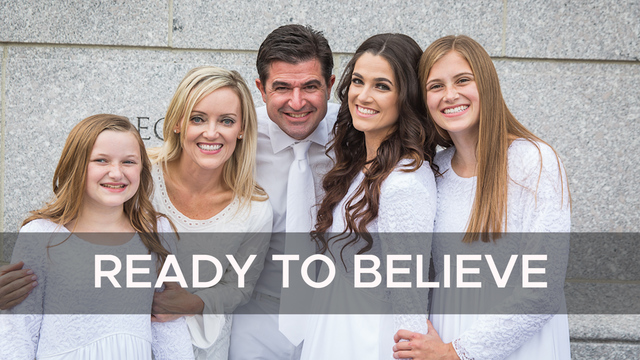 "All In" Excerpt: Why I Believe the Philadelphia 76ers "Trust the Process" Motto Extends Beyond Basketball

The phrase “trust the process” has become synonymous with Philadelphia 76ers basketball since their former general manager frequently spoke of the need for fans to be patient with the team during a period of rebuilding. The theory was that playing the long game was the Sixers’ best shot at winning an NBA Championship. People mocked the strategy but the mantra spread like wildfire, filling social media feeds and showing up on t-shirts. Now, with the Sixers looking to have a real shot at a deep run in the NBA Playoffs, it’s hard to ignore the fact that the process seems to have worked.

It is for this reason that when the word “process” was used in conversations with both Scott O’Neil, CEO of the Philadelphia 76ers, and his wife, Lisa, while we were interviewing them for a podcast episode and video, my ears perked up. But Scott and Lisa weren’t using the phrase in reference to basketball. They both spoke of trusting the process of the Lord’s plan for our lives, specifically as it related to Scott’s joining The Church of Jesus Christ of Latter-day Saints after being married to Lisa O’Neil, a lifelong member, for nearly 21 years.

I first met Scott and Lisa O’Neil in October 2016 when our mutual friend Randal Wright sent me the following note:

“If you ever want to do a cool story about a conversion story, I have one for you. When you were at the Education Week class, there was a sister in there named Lisa O’Neil. Her husband just joined the Church after 21 years of marriage. No big deal, except that he is an executive in a sport that you like.”

He was right. My love for basketball runs deep and my love for a good story runs even deeper, so my interest was immediately peaked. Fortunately for me, Scott was coming to BYU to speak at the Marriott School of Business. I was able to meet him, Lisa, and two of their daughters, and I was able to write a story for the Deseret News about his conversion. I will never forget sitting and listening as he described what I would call a perfect storm but what he termed “the hand of God moments” that led to his joining the Church after being married to a Latter-day Saint for two decades.

The things that impressed me most in that first interaction were Scott’s humility and his down-to-earth nature, but what I couldn’t get out of my head, even after we published the story, was the fact that Lisa was the real star of the whole thing. This is a woman who, while she was certainly supported by her husband, led her family in scripture study, prayer, and Family Home Evening for 21 years. This is a woman who remained committed to her faith and who maintained hope that someday, whether in this life or the next, her husband would join the Church.

This LDS Living video and podcast episode mean so much to me because this family has come to mean so much to me. I am so excited that people will get to hear the story of their journey of faith in their own words.

Listen to the entire podcast episode with Scott here.

As we interviewed Scott and Lisa this time, I was impressed that when we asked them what advice they would give to part-member families or couples, their responses were aligned:

Morgan Jones: Scott, what would you say to someone, a family, that maybe is in the same situation that you were in for those 21 years of your marriage? Maybe to a wife that is hoping that her husband will join the Church or to her husband? What would your advice to that family be?

Scott O’Neil: I think my advice to families where one is a member and one is not yet, first, I would say you should talk to Lisa. She'll be much better at this than I will.

But secondly, I think just from my experience I would say, if you're the member, I would just say be faithful and build your testimony and magnify your calling and serve others and love others and be true—be true to who you are and what Heavenly Father expects of you. Live that, and also love your spouse a lot. And if that spouse needs room, give him or her room. If that spouse needs to be nudged, give him or her a nudge. But don't quit—eternity is a pretty long time. You want to make sure that you are prepared and you're living a good example, and you are giving the person you love every opportunity to see the blessings and joy that the gospel brings you in your life. I think that's the best way to bring them along.

Per Scott’s suggestion, we did talk to Lisa (we were planning to talk to her all along), and this is one thing she said that I loved:

Lisa O’Neil: In my patriarchal blessing it talks a lot about my marriage, my husband, his career, the timing and then that I would need to exercise patience in the process so as a 16-year-old that was a lot of specific stuff to hear. Now, looking back, it all makes sense. So my patriarchal blessing talks about it and then a lot of prayer and fasting went into it so I knew.

Listen to the whole podcast and read a transcript of the episode here.