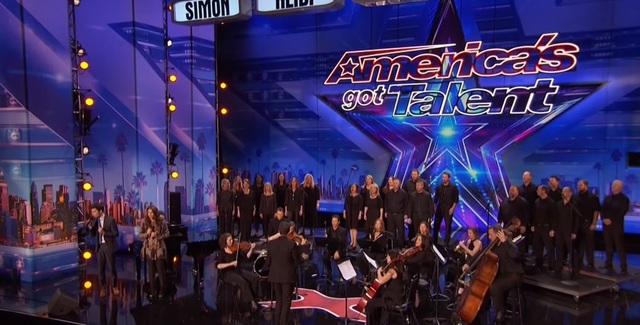 Cinematic Pop—a group that normally includes over 100 musicians—combines the best of classical and pop music with their unique crossovers that combine orchestras, choirs, and hit songs.

Because of the size of the group, only a portion of them performed their version of "Everybody Want to Rule the World," originally sung by Tears for Fears.

Even then, the group was an impressive and overwhelming sight on stage.

The group received a standing ovation and four emphatic yesses from the judges, meaning they'll advance in the competition.

"It was so dramatic and mysterious and you actually transported me somewhere," said judge Melanie Brown, better known as Mel B. "I absolutely loved it. I could listen to this all day long."

Check out some highlights from their performance:

Lead image a screenshot from their performance.