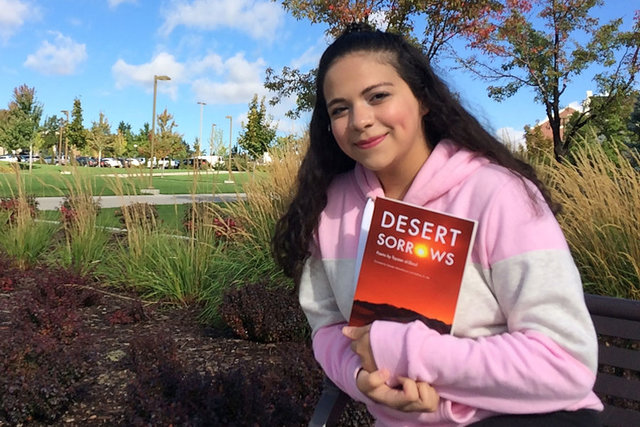 The Christian Science Monitor recently took an in-depth look at Muslim students attending BYU and why so many of them feel welcomed and accepted at this conservative Christian university. Among these students is Jordanian Hind Alsboul, who enjoys singing "Come, Come, Ye Saints" in the campus tunnels.

Alsboul is also one of 44 Muslim students on a campus of more than 33,000: a campus where roughly 98 percent of students are members of The Church of Jesus Christ of Latter-Day Saints. Sometimes, those students say, it can feel isolating. But their experiences also offer a unique window on what ideas like acceptance, and understanding, look like day to day, playing out between two frequently misunderstood faiths.

Like Islam, the Church has at times been one of the most popularly reviled religions in America – with early criticisms of founder Joseph Smith, in fact, comparing him to Muhammad, and not as a compliment. Today, that legacy has informed a quiet but firm defense of religious freedom, particularly for Muslims in the United States. Historians of the church, not all of them members, filed two amicus briefs in opposition of the Trump administration’s recent “travel ban.”

BYU is hardly a place you’d expect a non-LDS student from halfway around the world to spend some of their most formative years, perhaps. It is a hub of LDS thought and faith – and “a kind of finishing school for [Latter-day Saints],” jokes Islamic studies and Arabic professor Daniel Peterson. But BYU is also a place of openness. Here at the base of the Wasatch Mountains, a string of peaks and blazing, nubble-covered slopes, nearly half of students have lived abroad, and two-thirds speak a second language – thanks, in part, to the lengthy missionary trips so many serve. An all-encompassing Honor Code, prohibiting alcohol, drugs, premarital sex, and immodest dress both on campus and off, can be just as welcome for Muslim students – and their parents – as for [Latter-day Saints]. And then there’s Utah: as of April, the only state in the nation where Republican officials have not publicly attacked Islam since 2015.

Read the rest of this story at csmonitor.com