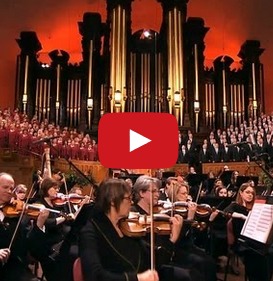 “Come, Thou Fount of Every Blessing” Reaches Incredible Milestone, But Why Isn't It in the Hymnbook?

“Come, Thou Fount of Every Blessing” was the first Mormon Tabernacle Choir video to reach 1 million views on YouTubem, and now it has well over 2 million view. As one of the most beloved hymns from the Tabernacle Choir, why isn't this song in the hymnbook?

However, after the revised hymnal was published, Mack Wilberg wrote an iconic arrangement of the hymn, bringing it into the forefront of members' minds. Today, due to its renewed popularity, many members still question why the hymn was ever removed as it is now one of the most beloved LDS songs not in the official Church hymnal.