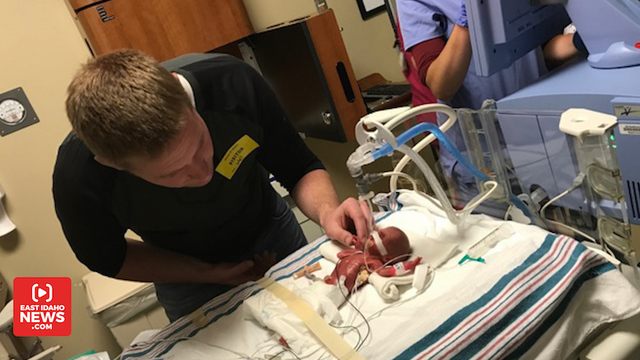 Whan an incredible story of one LDS family and their premature son as he miraculously defies expectations.

He was the smallest baby his parents had ever seen.

Less than 11 inches long and weighing 435 grams — a little more than a can of soda — Kaio Abel Doxey entered the world 16 weeks before he was supposed to.

His eyes were sealed shut. His skin was red and shiny. His mother says he looked more like an alien than an infant.

Yet as tiny as baby Kaio was when he arrived, his will to live has been bigger than just about anything you can imagine.