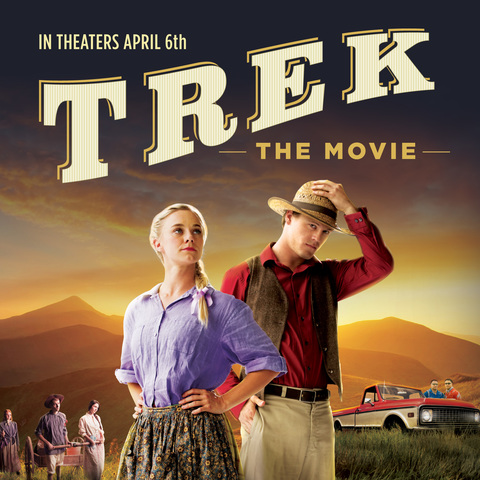 Forbes recently published an article about the new Mormon movie Trek which came out in theaters on April 6. The author, Frank Miniter, says that the film is "a narrative feature film that follows a group of Mormon teens who all agreed to hand over their phones to go on a trek," and that it's "worth a look" because "it focuses in on the real experiences our teens need . . . to help them grow into mature, happy adults."

Miniter interviewed Alan Peterson, the director of Trek, about what a tech-free adventure looks like for teens who participate in this Mormon tradition.

"Anytime you try to separate kids from technology, there will be challenges," Patterson says. "But participation in the event is voluntary. If you absolutely can’t live without technology, you might choose not to participate. Though, your friends and adult leaders will really try to get you to make the sacrifice. After the group has gathered on day one, there is always a 'purge' as all bags are checked for contraband: tech, unauthorized food . . . . That always brings moans and groans. But they know it is coming. Anything confiscated is returned when they come home."

About the Mormon trek experience, Patterson says he was surprised by "the powerful effect this kind of experience had on my own kids. They all look at it as one of the hardest yet most rewarding experiences of their lives."

You can read the Forbes article here.