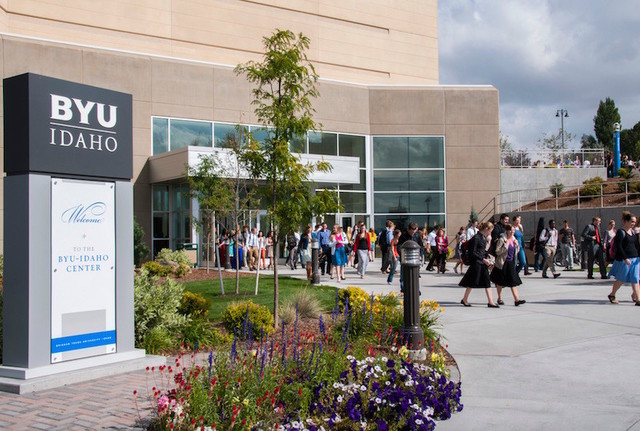 When you think of the best college towns in the country, you probably picture somewhere warm with plenty of sunshine and quiet spots for studying or even a bustling city with plenty of great places to eat and hang out with friends.

But in all your imagining, you probably never pictured Rexburg, Idaho, as one of the best college towns in the country. Number three, to be exact.

According to a recent report by WalletHub that was shared by Forbes this week, the home of the BYU-I campus placed third on a list of 415 college towns in the U.S.

Based on the findings from three criteria—wallet friendliness, social environment, and academic and economic opportunities—Rexburg managed to pull out ahead of Provo, Utah; Tampa, Florida; Las Vegas, Nevada; and many others on the list. How? Well, despite scoring 154 on the social environment scale, Rexburg placed 2nd in wallet friendliness and 13th on academic and economic opportunities.

Still, many were surprised that Rexburg placed so high on the list, leading to many hilarious responses on Twitter:

Ok hold the phone. I go to BYUI and live in Rexburg. How the heck did this happen??

While Rexburg has some quirky traits, when it comes down to it, it's a college town where the academic and economic opportunities are great. Plus, you won't break the bank while attending college. So really, who can complain about that?