When pirates hijacked the merchant ship Maersk Alabama off the coast of Somalia in 2009, Latter-day Saint and Chief Engineer Mike Perry emerged as the true hero during the attack, according to The Guardian.

A 45-year veteran on the seas, Perry served in the Navy before becoming a Merchant Marine in 1995. When four Somali pirates boarded the Maersk Alabama and took Captain Richard Phillips and other crewmembers hostage, Perry risked his life subduing the chief pirate Abduwali Abdukhadir Muse, who was searching the ship for missing crew members. Perry fought and disarmed Muse in the dark engine room using nothing but a pocket knife, taking him hostage.

Having upset the balance of power, Perry then used Muse as a bargaining chip for the return of Phillips. But, when Phillips went down into the lifeboat to get it started, the pirates went back on the deal, taking Phillips with them.

While many of the facts in the Hollywood film Captain Phillips don't run true to the real story, it does portray Perry's heroic subduing of Muse. 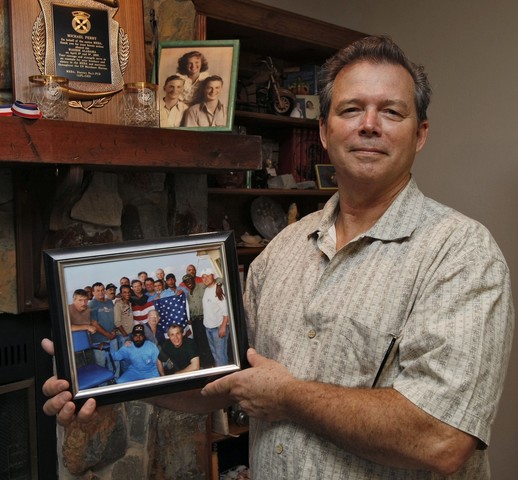