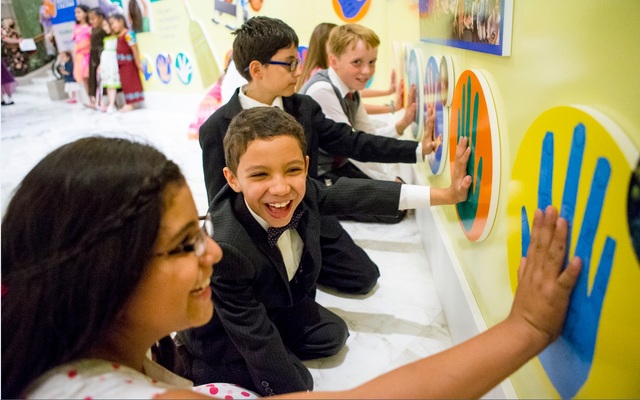 **Update: The exhibit will now run until October 19, providing more opportunities for people to visit.

If you have small children, and a subscription to the Friend magazine, then you have probably heard about the Helping Hands initiative. Children from all over the world have been sending in their ‘hands’ (cutouts of their hand with a message of service they performed written across the palm),  and the volume of submissions is staggering. 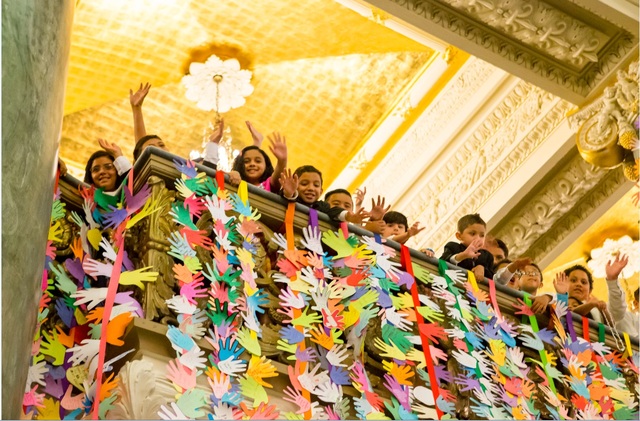 Jan Pinborough, managing editor of the Friend, is pleased with not only the number of hands they’ve received, but also the quality of service done by the children of the world. Two of her favorite stories they’ve received are as follows:

Erik from Russia wrote: “In our branch moved a family (mom and son) from a country where military actions are happening. In the city where I live there are cold winters, and this family did not have warm clothing. I was able to give my coat to Artur. Artur became my friend.”

Gabriela from Venezuela wrote: “I saw a new boy in class. He seemed sad. I wanted to help him, but I didn’t know how. Then a voice told me to just be his friend. Now we are the best of friends.” 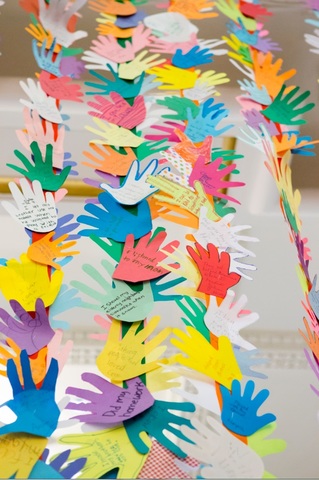 These are two examples of how a little can go a long way. A person may think that they have to go above and beyond, plan an elaborate service project, but sometimes it can be as simple as an offer of friendship. “We expected a great response, “ says Pinborough, “because children are so innately enthusiastic, loving, and courageous. But I have to say that their enthusiasm has surpassed even our expectations.” Indeed, the children could have spent their time doing virtually anything else—playing video games, going to a friend’s house, reading a book—but they chose to help another person instead. This week, they received 1400 submissions from one Utah ward alone. They also received “an envelope full of hands from Jakarta, Indonesia […] [in addition to hands from] Ukraine, Mongolia, Canada, Northern Ireland, Hong Kong, Mexico, Japan, and many countries in South America.” 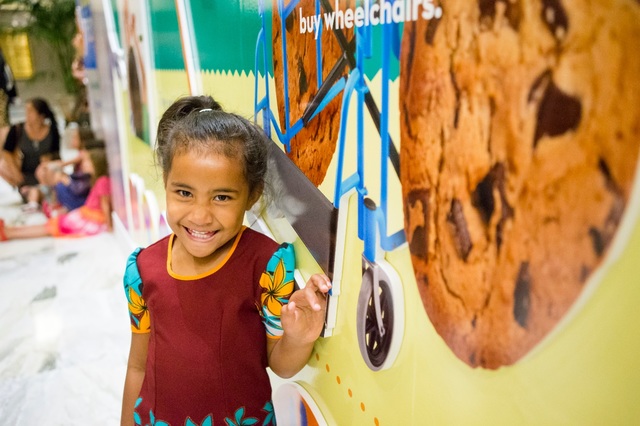 So where did the inspiration for this endeavor come from?

“President Monson’s example and teachings of service inspired this campaign. We thought it would be wonderful to find a way to get children even more involved in serving others and also to help them visually see the effect of their good deeds by watching their handprints add up,” Pinborough shares. And when they read the message expressed in President Dieter F. Uchtdorf’s talk “You Are My Hands,” it was “a perfect match.”

And the response was astronomical. Some submissions were even sent in by adults. “Some of these were adults with special needs who read the Friend. Others were parents and teachers of children who were inspired by the invitation and wanted to serve too.” Service is universally understood. There are people in need of varying degrees all over the world; people who are homeless, jobless, friendless. Acts of service can really uplift a person’s day, no matter how small. 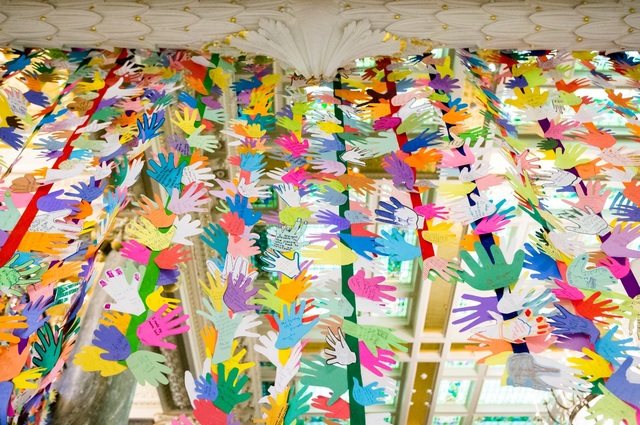 It’s no surprise that the Helping Hands campaign has benefitted the receivers of service throughout the world. But how has this experience affected children?

“Children already love the Savior and love their families,” Pinborough states. “I hope this experience has reinforced a pattern of living that will bless them throughout their lives […] There are about a million Primary children in the world today. Imagine that many children trying to serve the Savior every day. They will change the world, one act of service at a time!” 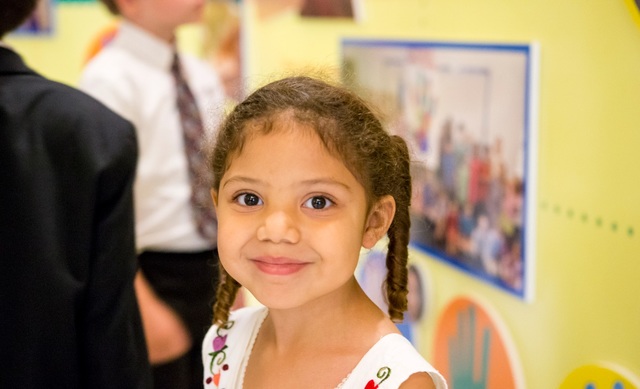 The exhibit opened on September 25, 2015 and will run until October 9, 2015 at the Joseph Smith Memorial Building in Salt Lake City.

For more on the Helping Hands exhibit, check it out here.

For more on President Uchtdorf’s talk, “You Are My Hands,” click here. 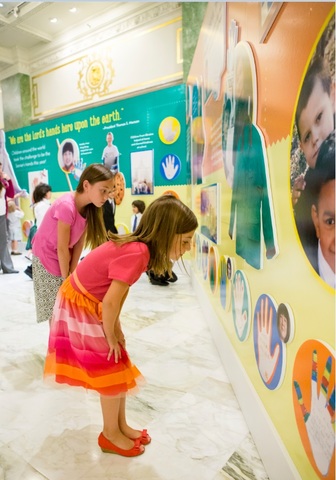