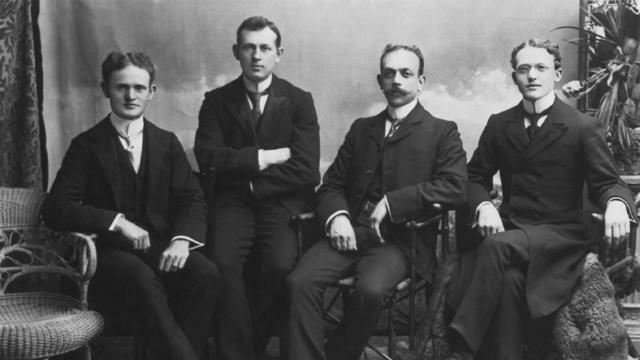 Editor's note: “Scenes from Saints” is a series of articles highlighting interesting facts from the second volume of Saints. This is the second in the series. You can find part one, which shares facts about the building of the St. George, Logan, and Salt Lake temples, here. Articles will be posted weekly during November and December 2020. You can purchase both volumes of Saints through Deseret Book or read and listen to the volumes on the Gospel Library app under the “Restoration and Church History” section.

Chock-full of the good and bad that came with settling in Utah and living a new religion, Saints volume 2 covers everything from building temples and growing missionary work to struggles with polygamy, details surrounding the horrifying events of Mountain Meadows, and glimpses into the lives of members from Europe to the islands. Here are five things about early missionary work that the new volume shares.

1. “Gold missionaries” were hesitantly called during the California gold rush.

“The First Presidency . . . discussed the possibility of sending missionaries to dig for gold in California.

“Brigham remained wary of that option. He believed the hunger for gold corrupted and distracted good people from the cause of Zion. Yet gold could serve a sacred purpose if it helped to finance the Church and emigration. If he called missionaries to the goldfields of California, they could possibly gather much-needed funds for God’s work.

“But such missionaries would have to be good, righteous men who cared no more for gold than they did the dust beneath their feet.”

Read more about the purpose of these missionaries and who was called in chapter 9.

2. The connection between the gift of tongues and missionary work was made early on in the Church.

“Gradually, George began to use the language more confidently. One evening, as he and his companions sat at home talking in Hawaiian with their neighbors, George realized all at once that he understood most of what they said. Leaping to his feet, he placed his hands on the sides of his head and exclaimed that he had received the interpretation of tongues.”

3. Missionaries were sent to places such as China and Jamaica as early as 1852.

“The conference began on August 28, 1852. On that day, the First Presidency called 107 men to missions in India, Siam, China, South Africa, Australia, Jamaica, Barbados, and other places across the globe. ‘The missions we will call for during this conference are, generally, not to be very long ones,’ George A. Smith quipped. ‘Probably from three to seven years will be as long as any man will be absent from his family.’”

4. The Deseret News used to print letters from missionaries around the world.

“Eight months after Jacob’s departure, Ann Eliza was more at peace with his absence. The Deseret News often printed letters from elders throughout the world, giving the Saints reports of missionary work in such far-flung places as Australia, Sweden, Italy, and India. Sometimes these reports described fierce opposition to the missionaries. Two days before Jacob’s letters arrived, in fact, Ann Eliza had read in the Deseret News about government efforts to expel a missionary from Hamburg.”

Read more about worldwide missionary work in the early Church in chapter 12.

5. One of the first languages the Book of Mormon was translated into was Spanish.

“Once in Salt Lake City, Meliton met a Spanish-speaking man who introduced him to Brigham Young and other Church leaders. Brigham had recently asked two men, Daniel Jones and Henry Brizzee, to prepare for a mission to Mexico. Brigham believed that some of the descendants of Book of Mormon peoples lived there, and he longed to send the gospel to them. But he also knew that Parley Pratt had tried to take the gospel to Latin America in 1851 and that the effort had been unsuccessful partly because the Book of Mormon was not available in Spanish.

“As part of Daniel and Henry’s preparation, Brigham had asked them to study the language and eventually translate the Book of Mormon. Both men knew some Spanish, but the thought of translating a book of scripture was daunting. Neither felt he had enough experience with the language. They needed a native speaker who could assist them.”

Read more about the miracles behind this translation in chapter 28.

Saints, Vol. 2: No Unhallowed Hand covers Church history from 1846 through 1893. Volume 2 narrates the Saints’ expulsion from Nauvoo, their challenges in gathering to the western United States and their efforts to settle Utah's Wasatch Front. The second volume concludes with the dedication of the Salt Lake Temple.