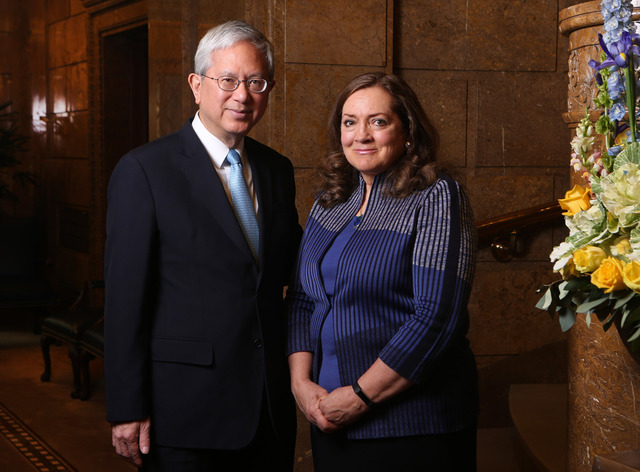 "I Feel Very Humble": Elder Gong Shares Insights on His Call + Touching Memories with Saints Around the World

Learn more about Elder and Sister Gong, their service around the world, and how they feel about Elder Gong's calling as an apostle.

“I have had a testimony of the Church and gospel since I was very young,” said Elder Gong.

Sister Gong said there are three characteristics that are quintessential Gerrit Gong. “One, he is unfailingly kind,” she said. “Two, he is interested in everything, which makes him a fascinating person to live with. Three, he loves the Lord. He really desires with all his heart to build the kingdom and bless Heavenly Father’s children.”

A former bishop and stake president, Elder Gong has served as a General Authority since 2010 and in that capacity seen the Church grow and develop across the world. . . .

Elder Gong said everywhere they go, people relate to Sister Gong. “Susan is other-oriented and down-to-earth wherever she is,” said Elder Gong.