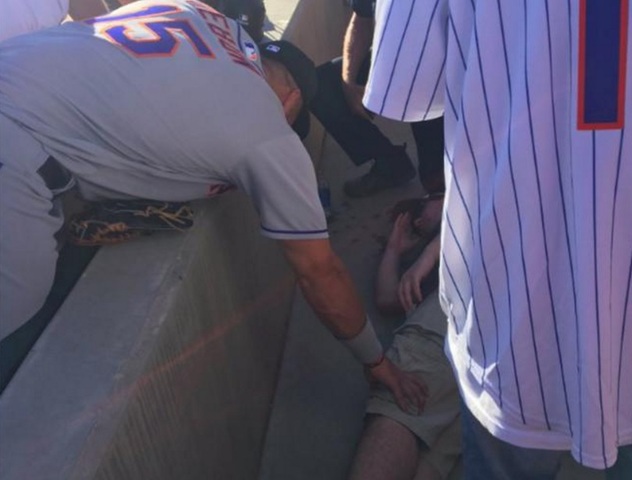 "I Just Witnessed a Miracle": Tim Tebow Prays Over Fan Who Collapsed from Seizure

Though Tim Tebow's immediate response to pray over a fan who looked like he was having a seizure has been called a miracle, what he did next is what was truly touching and demonstrates what it means to care for and love your fellow brothers and sisters.

When a man collapsed on Tuesday while Tim Tebow was signing autographs, the famed athlete quickly jumped into action.

Tebow immediately began to pray for and comfort the man, laying a hand on him and engaging him in conversation for 15 minutes to help keep him calm and comfortable until paramedics arrived, USA Today reported.

The ex-NFL star—who is now playing Mets minor league baseball—told the man, who is identified in media reports as Brandon, that medics would “take good care” of him and offered him well wishes.

Some witnesses said the situation was actually quite dramatic, as Brandon had reportedly stopped moving after collapsing. It wasn't until after Tebow's prayer that he once again came to, leading some to call the incident a miracle.