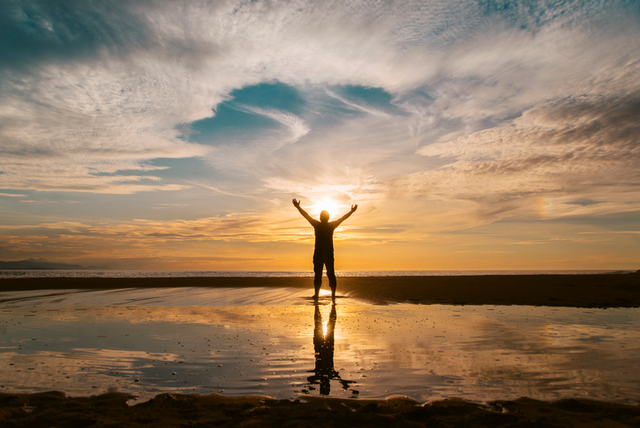 "I Know the Atonement Is Real": One Man's Heartbreaking Journey Back to the Savior That Shows the Depth of God's Forgiveness

Not long ago, a man I know was caught in a web of lies and moral deceit. For some time, he had lived a double life—seemingly devout and committed to the gospel while at home with his wife and children, but while away on frequent business trips, he engaged in serious immorality. As a consequence, he lost his membership in the Church and began a difficult repentance process.

This man is essentially good. He and his loving wife have raised an exemplary family. They blessed many lives as they served faithfully in the Church. But here a little, there a little, incrementally and over time, he veered off course so that his life slowly and subtly descended into sin and duplicity until finally he sank so low as to break solemn covenants and the tender hearts of his loved ones. In the depths of self-betrayal, he deceived himself, his family, ward and stake members, and neighbors—but not the Lord.

For several years, my friend’s life was very different from what his family thought it was. As a result, it became very different from what he had dreamed it would be. He sat outside the temple, heartbroken that he could not enter to see his daughter get married. He was unable to ordain his son an elder and send him into the mission field with the example and blessing of a worthy father emblazoned in his heart. His soul was racked with torment, and he felt such abject despair and hopelessness that, at times, he did not know if he could see it through. The process of repentance was deep and difficult.

Years of heartfelt repentance have changed this man. He is now in full fellowship in the Church. He holds his wife’s hand a little tighter now. His prayers are deeper, his self-awareness clearer. He knows his weak spots and vulnerabilities. He knows the edges of dangerous cliffs from which he must stay far away, and he now guards against iniquity more carefully. He knows that his godly sorrow will be forever written on his heart. But he also knows that he is clean, he has been forgiven, and the Lord loves him.

He said to me, “I know the Atonement is real. It’s not just a scriptural concept or nice thought for me. It’s not just a Sunday School lesson anymore. It’s real. Without the hope of the gospel and the reality of the Savior’s Atonement, His love and forgiveness, I would have given up long ago. I know the Atonement is real. I have experienced its anguish and its joy.” He spoke humbly of walking a lonely path, of the profound hurt and pain he caused, of reestablishing trust and respect in those he loves. He knows in the deepest part of his soul that he has been given another chance. It is not too late for his life to end well.

This story—and many others like it—illustrates the depth and reach of Christ’s atoning power. It is a reminder that even grievous sin and years of deception can be overcome and washed clean. While most of us have not and probably never will do anything quite so serious, we may have friends or family members who have fallen into transgression that puts their Church membership in jeopardy.

There are advantages and disadvantages, when teaching and learning about the Atonement, of focusing on examples involving grievous sin. One advantage is that such examples are impressive and memorable. Another is that they testify of the breadth and depth of the Atonement. They show that no one has fallen so far that the Savior cannot reach them.

But if we do not also learn of the power of the Atonement to help us make our course corrections, then we’re missing much of the Atonement’s daily relevance and power. This would be a potentially damning mistake.

To use an analogy that may be somewhat imperfect, if the price of admission to the circus is $5, it doesn’t matter whether you have 5 cents or $4.99—they’re not going to let you in unless you have $5. Spiritually speaking, the “price of admission” was described by the Lord Himself: “No unclean thing can enter into his kingdom.” And none of us can afford that price unless we have “washed [our] garments in [His] blood, because of [our] faith, and the repentance of all [our] sins, and [our] faithfulness unto the end” (3 Nephi 27:19).

A related mistake is to assume that only those who have committed serious sins can fully appreciate the Atonement. It’s true that, in my friend’s case, the Atonement became more real to him because of the intensity of the repentance he went through. But I believe that those who remain close to the Spirit are more likely, not less, to understand the unfathomable value of what Christ did for us—such things, after all, can be understood only through the Holy Ghost, and the Holy Ghost will not dwell in unclean tabernacles.1

In other words, we need not be guilty of serious sin in order to need, to appreciate, and to take advantage of a second chance. In fact, sometimes we may find ourselves hoping for a second chance that has nothing to do with sin at all. How many times have we made innocent mistakes—not out of rebellion but just out of ignorance or poor judgment—and wished we could try again? How often has a misunderstanding led to a strained relationship, and we wished we could go back in time to do things differently? 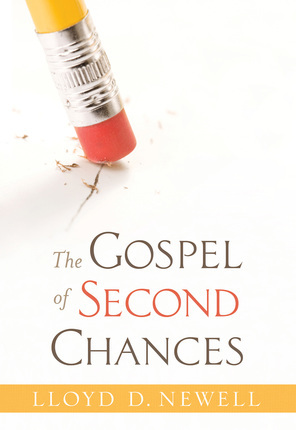 At one time or another, we all fumble and falter and make mistakes — and need a second chance.

Have you ever wished for a chance to try again and make things right? Do you know someone who has been blessed with a second chance and has, in turn, blessed the lives of others?

In The Gospel of Second Chances, best-selling author Lloyd D. Newell looks at what makes such second chances possible and what we can do to make a second chance successful. With his characteristic blend of inspiration, practicality, and gospel teaching, Brother Newell uses scriptural and contemporary examples to convey the hopeful message that our Savior Jesus Christ wants us to believe in second chances — for ourselves and others.

When you find yourself needing a second chance, or a third or fourth, The Gospel of Second Chances will give you the hope and encouragement you need to pick yourself up and try again. Through the atonement of Jesus Christ and with the help of his restored gospel, all of us have been given a second chance to change, repent, heal, make things right, and start afresh.

Mormon Life Atonement ForgivenessAtonement,Forgiveness,Mormon Life
Comments and feedback can be sent to feedback@ldsliving.com