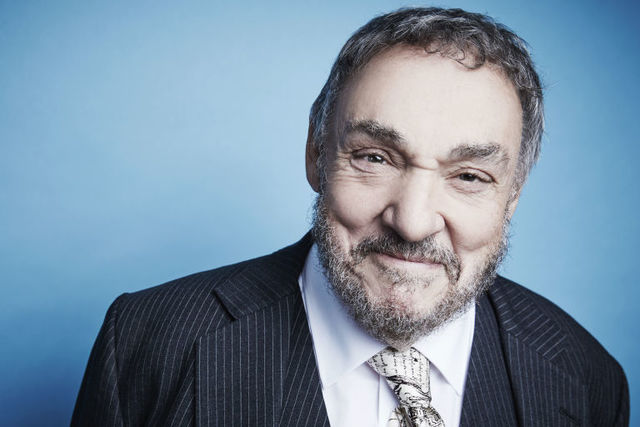 "Indiana Jones," "Lord of the Rings" Star Shares Surprising Insights on What He Thinks About Mormons

After performing with the Mormon Tabernacle Choir for their 2013 Christmas concert and starring in a 2016 BYUtv holiday movie, John Rhys-Davies has had more exposure to Mormons and LDS culture than most in the movie industry.

After working with Mormons over several years on a variety of faith-promoting projects, Rhys-Davies shared what he thinks about Latter-day Saints and some of their unique traditions.

"You're a strange community to us on the outside, but I find you very warm and very welcoming and very friendly—a considerate people," Rhys-Davies says.

"I like you. And you make it very clear you are willing to put up with me despite the fact that I am far less godly than you guys are . . .

"I'm not just blowing smoke at you—it's true. You are an odd lot. But you make me welcome and I like you . . . Some of the answers you have found are so interesting."

One particularly interesting Mormon practice that Rhys-Davies has come to admire is that of LDS missions.

While sharing his experience of living in Africa and watching boys from the Maasai tribe prepare to kill a lion in order to become a man, Rhys-Davies notes, "Most boys want to know what manhood is. Am I brave? Do I have any braveness in me?"

That's the reason the Maasai practice their manhood rituals. "And that's the reason [boys] go out and join gangs and pick fights and things like that," Rhys-Davies shares. "But Mormon youth has this structure of a mission, and it makes men, and good ones too. . . .

"[You] send people away from home with no contact with home except on birthdays or Christmas or something like that—to go to an alien country and to have to go out and meet people and make contacts. I meet these young men and they must go home night after night with a sense of abject failure. And [then they] have to get up the next morning and try and do better. When they finally manage to go home they will have matured and nothing again in their lives will ever be as hard and difficult as that.

"The ones that survive—and I imagine most of them do—turn out very splendid and very successful and quietly confident men. Nothing can be as bad. If I can do that, I can do anything, and that's a very significant ritual you have evolved. Very impressive."

"I've made friends there in your community and we are entering an extraordinary period in human history," Rhys-Davies says. While noting that humanity is great at creating divisions, Rhys-Davies recognizes that now is the time "to define and stand up for the essential things that we believe. And I think that we are going to find that the divisions between the Quakers and the Catholics and the Seventh Day Adventists and the Latter-day Saints—these divisions that can to us seem so significant and important are going to be shown to be rather insignificant. The values that we do share we will have to unite to defend. . . .

"The values that Christians have are essential to the world, and a world without them is a very dark and hopeless place."

Thoughts on Lord of the Rings and Other Movies

In addition to sharing his view of Latter-day Saints, Rhys-Davies also shared some behind-the-scenes stories from his most iconic movies as well as his most recent film.

While he noted that Indiana Jones was "remarkably free and remarkably creative" and that Lord of the Rings created "extraordinary technical magic that suspended our disbelief," his favorite moments from these masterpieces came in the small, daily interactions with those who worked on the films.

"Lots of memories, but lovely little memories," Rhys-Davies says. "For instance, meeting Sean Bean at LAX [the airport in Los Angeles] . . . I'm heading towards the first-class lounge and I encounter Sean Bean with two old people there. He is carrying dozens of bags.

"'No, let me give you a hand. Are you going to introduce me to these people? Are they relatives of yours?' He said, 'I'd love to introduce you to them, but I don't know their names. I've only just met them.'

"He'd seen these two old people struggling with their baggage and just said, 'Come on, let me help you with those.'" With a loud laugh, Rhys-Davies adds, "They had no idea who he was. But that's Sean at his golden, you know. He's just a good person. And it's just little moments like that that are outside stardom that are about your true nature. That's one of the reasons I love him."

About his work with BYUtv, Rhys-Davies says, "There is a sense of love and redemption in the show, and it created us as much as we created it. . . . We all put in our widow's mite [in this film], and what we got out was a rather beautiful gold coin."

For more from John Rhys-Davis, check out God Bless Us, Every One. 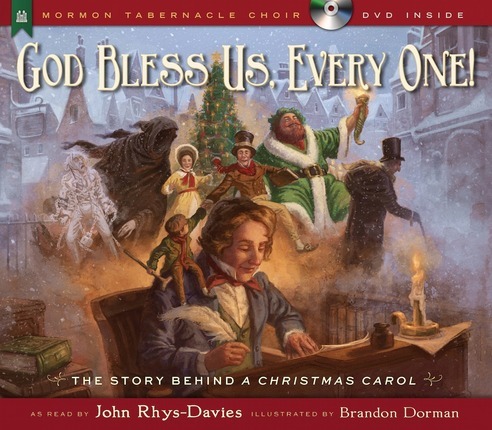 In creating stories for others, we sometimes end up revealing truths to ourselves. Such was the experience of the beloved Charles Dickens, master storyteller and honorary champion of Christmas. But Dickens was not always the purveyor of yuletide wisdom we know today—he too had to discover for himself the true spirit of Christmas and how best to keep it all the year through.

This beautifully illustrated volume tells the story behind the writing of Dickens's most famous work and reveals how he discovered the spirit of Christmas for himself—with a little help from his own literary characters. Originally presented by acclaimed British actor John Rhys-Davies at the Mormon Tabernacle Choir's 2013 Christmas concert, the book also includes a DVD with footage from the event.