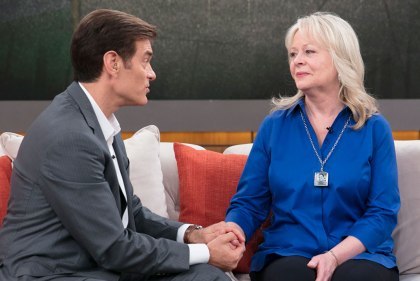 "It's Heart Breaking": Paul Walker's LDS Mom Shares Grief She Still Feels for Her Son + What's Been the Biggest Comfort for His Dad

"People think that you should just get over it, but they've never experienced it," Cheryl says on The Dr. Oz Show. "There are people that have, and my heart goes out to all of them. It's heartbreaking."

Paul, an actor known for his role as Brian O'Conner in the Fast and Furious movies, passed away suddenly in November 2013 as a result of a car accident.

“I had had a really nice conversation with Paul that morning,” Cheryl shares on Dr. Oz, remembering the day her son passed away. “He was in my home, he left to go to the event and so I was expecting him back in the early afternoon, evening. And we had plans with his daughter, too, to decorate a Christmas tree that night.”

She adds that she was basically alone in her kitchen when a friend told her Paul had passed away in a tragic car accident.

The pain of Paul's death affect Cheryl to the point where she says she "didn't really want to" go on, she says on Dr. Oz.

"I know I have this wonderful family, and grandchildren too—I felt guilty for even feeling like that, but I, really, honestly, would wish that I didn’t have to wake up in the morning,” she says on Dr. Oz. "I would never have taken my life but, I really felt that way. Because when you wake up, you have to realize it’s real, and you relive it all over again."

The family told Daily Mail in 2013 that they turned to their LDS faith to find comfort.

"We seek comfort in their love and our faith. We definitely believe that Paul has gone to a better place and is now with our Heavenly Father," a family member told Daily Mail. "We have a strong Mormon faith and although Paul wasn’t practicing at the time, he always had a very strong Christian faith."

Paul's father, Paul Walker III, more recently shared with Daily Mail that he's become a "recluse" since his son's death, not wanting to go out because he says his son's death, "took a lot out of me."

But despite this, Paul's father shares what brings him comfort.

"The best way I know how to look at it is that God just took him home," he says. "That’s the biggest comfort I can find."

Mormon Life Mom LdsMom,Lds,Mormon Life
Comments and feedback can be sent to feedback@ldsliving.com