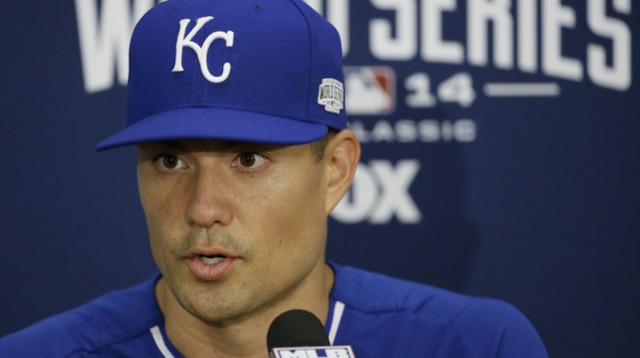 "We're excited to go to Houston," Jeremy Guthrie said after being called as a mission president. "This is the next three years of our lives. . . . I am living proof that the Lord likes to work with the simple and weak sometimes. But hopefully, I can be someone who learns well and more importantly, is able to find his direction through the Spirit in all the many tasks that will be placed before me as a mission president."

Only four years after starting in Game 7 of the World Series and one year of retirement, former MLB pitcher Jeremy Guthrie is stepping to the mound in a new game.

The 38-year-old Guthrie and his wife Jenny have been called to preside over the Texas Houston Mission of The Church of Jesus Christ of Latter-day Saints.

A list of more than 100 new mission president assignments, including the Guthries, was released Thursday morning by the LDS Church. The Guthries are expected to begin their 3-year assignment in July in a city recovering from last fall's flooding. In addition to going to a city where Guthrie suited up as a pro baseball player, their mission is also home to the Houston Astros, who claimed the World Series title last season.