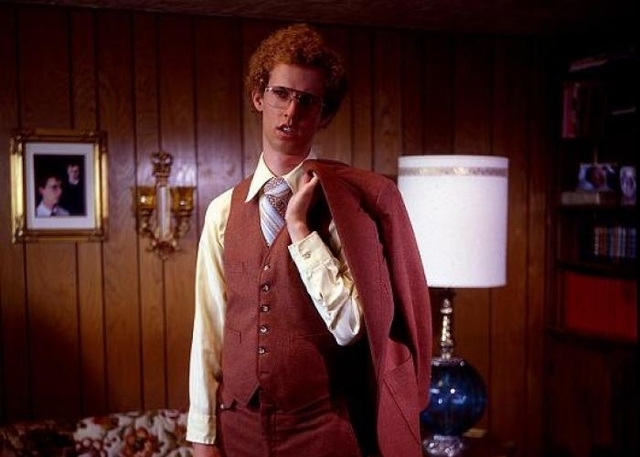 24 "Napoleon Dynamite" GIFs Every Latter-day Saint Can Relate To

It's been 15 years since Napoleon Dynamite hit the big screen on June 11, 2004. While the moon-boot wearing, tater-tot loving Napoleon became a national sensation, he has a special place in the hearts of many Latter-day Saints. As BYU Magazine relates, Napoleon Dynamite's production team was "made up almost entirely of BYU students and alumni." The movie was only made possible by an "angel investor" who put up $400,000 for the indie film that "sold to Fox Searchlight Studios for $4.75 million and grossed more than $46 million in the first year it was released. It remains one of the most profitable low-budget films of all time and a leader among Fox’s all-time bestselling home-video titles."

To celebrate this unexpectedly epic comedy and hallmark of Idahoan culture, here are a few GIFs from Napoleon Dynamite that every Latter-day Saint can relate to.

How all the 10-year-olds are feeling on the inside

How they really feel inside

When you're caught sneaking food into your tent at trek

The first 11 months of your foreign-language-speaking mission

Your first stake dance versus . . .

That moment when your dancing skills have fully blossomed

When you realize someone put carrots in the jello salad

Your last day on trek

When your mission call finally arrives