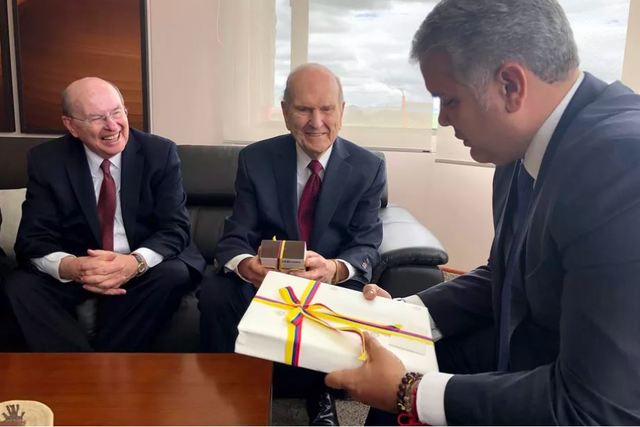 Newsmaking young Colombian President Iván Duque asked for the prayers of President Russell M. Nelson during a meeting between the national leader and the leader of The Church of Jesus Christ of Latter-day Saints and thanked him for the church’s influence in the country.

“He led off with expressions of gratitude for what the church has done for moral values and strengthening the families of the country and also relief with various projects we’ve helped with over the years,” President Nelson said. “He made a very strong statement that the morals that strengthen various religious communities is a part of his governmental hope. He wants all the good that he can get from our church and the others. A plural society with religious orientations are very strengthening to the values of a country and the strength of families.”

Duque, who lived in America for many years, spoke Americanized English in the meeting.

Duque won office last year at age 41. Now 43, he is involved in issues of major global and South American importance, including the fires raging in the Amazon rainforest which is responsible for 20% of the world’s oxygen.