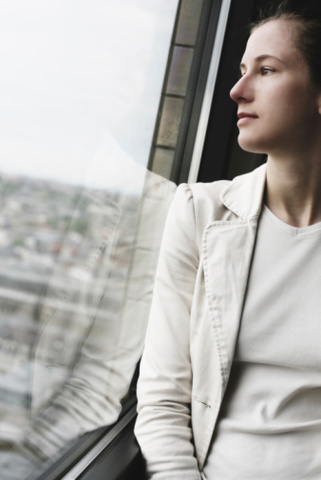 {Single Saints} Is Success the Kiss of Death for a Single Woman?

I have a good job and recently got a promotion at work. Shortly after the promotion was public I ran into an old friend--a guy who I was in a singles ward with several years ago. He is around my age (mid-30’s), single, educated, has a decent job, and is an overall nice and quality guy. We caught up on each other’s lives and I mentioned my promotion. Instead of saying “congratulations” or “that’s awesome” the first words out if his mouth were: “Be careful.”

He followed that up with “Don’t get too successful; we want you married sooner rather than later.” (Yeah, I don’t know who “we” is either.)

I wish I had a super smart comeback to say to him but instead I froze up and then laughed it off. However, his comment nagged at me all night, and I have thought about it many times since.

Let me be clear: I know he was well meaning, and I don’t want to unfairly criticize and single him out since I have heard similar comments from other sources. I do, however, want to comment on the inference that being a successful woman in the workplace diminishes opportunities to get married.

I have heard the statistics that the more educated a woman is the less likely she is to marry.  I have heard the same sentiment expressed about successful working women.  What I don’t really know is . . . is it true?

I'm guessing these statistics/assumptions stem from women who have pushed off marriage and children in order to climb the corporate ladder. And I know there are women who consciously choose career over family. But honestly, I don’t know too many single Mormon women that fall into those categories.  I do know plenty of single women that are working, doing well in their careers, getting promoted, and enjoying what they do, but most are still actively hoping for and seeking a relationship that will end in marriage and motherhood. And before that future is realized (if it is ever realized), what are we supposed to do?

I realize my friend’s problem isn’t with me having a job. So, is it that I’m doing well at it?  I would think a guy would be thrilled to date a woman who is doing well in her career. Right? I mean, think of the 401K she has started! The down-payment their combined incomes could procure!

Is it an ego thing? I know some men worry they can’t provide a woman what her dad provided for her family, so is worrying that he can’t provide the same way she can an extension of that insecurity?

Is it because a man needs to feel needed, so he is more attracted to the kind of women who, well, need him more? It is true that I don’t “need” a man to financially provide for me. But that doesn’t mean I wouldn’t love to have one to rely on. And to take my car in to be serviced. And do anything that requires advanced power tools. (See, I’m needy!)

It is easy for me to excuse his comments as ridiculous and to exclaim that any guy who has a problem with or is intimidated by my success isn’t the right guy––but perhaps that oversimplifies the issue. Is it possible for the career you didn’t choose to prevent you from having the life you’d choose in an instant, if the right opportunity presented itself?

Deep down I just don’t believe this to be true. I can’t believe it. I do suspect, however, that all the presumptions and prejudices we develop around jobs, circumstances, appearance, etc., just make it that much harder to find the right person. To be fair, I am not innocent of making unfair judgments about, for example, never married guys in their late 30′s/early 40′s.  I automatically assume they are either commitment-phobic or socially challenged. Not fair; true sometimes––but not fair.

I suspect no matter what our circumstance, it would behoove us to be a little more careful with our judgments and assumptions. I’ll try if you do.